“When is a person a person?” asks Super Bowl champ Benjamin Watson 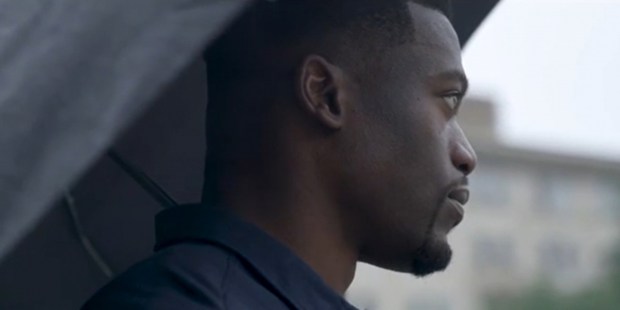 The former NFL tight-end and his wife have just released a documentary exploring the issue of abortion in the United States.

Super Bowl Champion Benjamin Watson and his wife Kirsten just released a powerful new documentary, Divided Hearts of America, that addresses the range of feelings about the hot-button topic of abortion.
Watson and his wife, parents of seven children, interviewed 30 Americans from across the political and social spectrum, on controversial topics relating to abortion.
Alveda King, niece of Dr. Martin Luther King, Jr., Tim Scott,  and the neurosurgeon and Secretary of Housing and Urban Development Ben Carson are among those featured in the film.
In an interview with The Federalist, Watson describes his goal for the new documentary:

“… To unveil the truth about abortion, the laws, the history and where our country is headed. I believe in the sanctity of life, be it in the womb or on your deathbed. That’s my conviction. But with the film, I’ll engage those who disagree and hear their reasoning. The No. 1 thing I’m looking for is empathy on both sides.”

That’s not an easy task. But allowing pro-life voices to hear pro-abortion voices could help further the discussion. Watson has been engaged in the pro-life arena for years. In 2017 he spoke at the March for Life, and has spoken out against abortion before. He is also the author of the 2016 book Under Our Skin: Getting Real about Race. Getting Free from the Fears and Frustrations that Divide Us, which addresses the disproportionate number of abortions in the black community.
One person interviewed in Divided Hearts of America is asked the simple question by Watson, “When do a person’s rights begin?” The response is, when the child is born. Viewers are asked to consider if the baby was not a child 10 minutes before birth. “When is a person a person?”
“We don’t see this as a film that is for one tribe,” Watson told The Federalist. “Abortion has affected people in different ways, and we need to see the humanity of all sides involved.”
“We interviewed about 30 people with different points of view in academia, medicine, culture, ethics — people who are in the pro-life community and outside of it. People’s views on abortion are complex, and we need to honor that while still having our own convictions. For me and my wife, also an executive producer of the film, this is a justice issue. The same way we approach racial justice, or the trafficking of minors and adults, or helping those who are in need, it’s the same way that we seek to protect pre-born lives.”
Divided Hearts of America is now available via streaming-on-demand on www.SalemNow.com

Watch the trailer below: