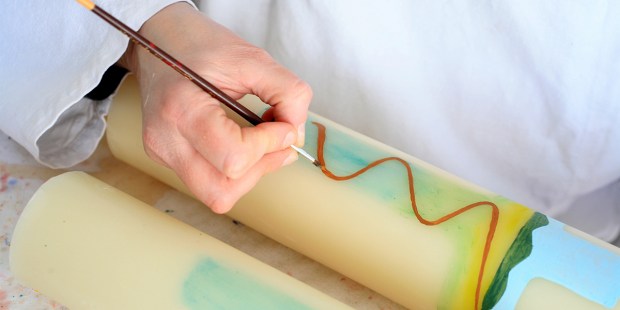 Most candles used in church today are mass-produced, but a handful of Italian monasteries still make them by hand (and you can buy them online).

The scent of burning wax and the twinkling light of candles are often associated with the practice of the Catholic faith. Indeed, candles take on a symbolic meaning, with light indicating the presence of Christ. For centuries, candles used during Mass were made by hand in a painstaking process that involved working beeswax into a smooth cylinder topped by a wick. Today, most candles are made by industrial machines that make the process more efficient, but perhaps less interesting. But a handful of monasteries in Italy are keeping the centuries-long tradition of artisanal candle making alive. Here is a list of monasteries where you can still find hand-made candles: