Why correcting others in anger often doesn’t work 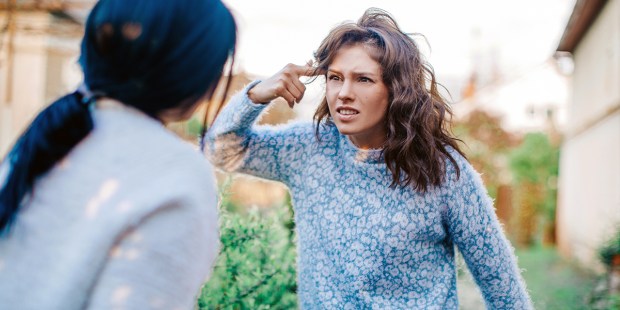 Anger tends to obscure our good intentions of trying to correct the fault of another person.

Seeing the faults of another person is easy, and often we will try to correct them, telling them plainly what they did wrong. Unfortunately, it’s even easier to do this in anger, bursting out when we see someone’s fault and railing against their sins.

According to St. Francis de Sales, the best way to correct someone is in charity. He explains this methodology in his Introduction to the Devout Life.

Of course it is a duty to resist evil and to repress the faults of those for whom we are responsible, steadily and firmly, but gently and quietly. Nothing so stills the elephant when enraged as the sight of a lamb; nor does anything break the force of a cannon ball so well as wool. Correction given in anger, however tempered by reason, never has so much effect as that which is given altogether without anger; for the reasonable soul being naturally subject to reason, it is a mere tyranny which subjects it to passion, and whereinsoever reason is led by passion it becomes odious, and its just rule obnoxious.

He doesn’t argue against correcting someone else, but strongly encourages doing so with a calm spirit. Otherwise, the correction will fall flat and will not take root within a person’s soul.

Instead of accepting the correction, the person will reject it.

[W]hen reason prevails, and administers reproof, correction, and punishment in a calm spirit, although it be strict, every one approves and is content; but if reason be hindered by anger and vexation (which Saint Augustine calls her soldiers) there will be more fear than love, and reason itself will be despised and resisted.

St. Francis de Sales goes even further to say that one should not live in anger.

The same Saint Augustine, writing to Profuturus, says that it is better to refuse entrance to any even the least semblance of anger, however just; and that because once entered in, it is hard to be got rid of, and what was but a little mote soon waxes into a great beam.

There may be times when our anger is just, but often, this anger turns unjust and we become a slave to that anger, letting it fuel all of our actions.

Above all, if you want to effect real change in someone’s life, approach them with sincerity and humility. You may not see an immediate response, but it will plant a seed where anger would have wiped away any chance of conversion.

Read more:
Can anger be righteous?

Read more:
A prayer to the Child Jesus to overcome anger and learn to forgive