8 Lessons from Sts. Louis and Zélie Martin on raising kids

Look to these great parents for advice on raising children today.

As parents we find it helpful to seek out the advice of others. Between family members, medical doctors, parenting experts, and the myriad of books, forums, and blogs available, there’s plenty to learn. But there’s also another place we can turn to for some solid advice about raising a family — the saints.

This past week the church celebrated the feast of St. Thérèse de Lisieux, and it gives us the perfect opportunity to reflect on how she came to be such a holy and amazing person. While her choices, big and small, determined the course of her life, the parenting skills of her parents, Louis and Zélie, contributed greatly to who she became as well. They not only raised Thérèse, but had eight other children — five who made it to adulthood, all of whom became religious sisters.

Although Louis and Zelie lived a century ago, there’s a lot to learn from them that can be adapted for modern parenting.

Known as the “Little Flower,” Thérèse was always mindful of and grateful for life’s little treasures. Encourage your children to appreciate life’s little things — whether it’s a ladybug crawling on their hand, a stroll in the park, a fresh picked apple, or the kindness of a neighbor. Make sure you remind your children that these are all gifts from God that should be cherished.

Thérèse was one of nine children, though only five daughters lived past infancy and went on to become nuns. The sisters were very close, as letters between Zélie and her loved ones showed. It was very fortunate that the girls had such a close bond because when Zélie died (Thérèse was just 4 years old), her sisters stepped in to act as “mama.” If you have more than one child, help them to grow in their relationship with their siblings so they will have strong bond to help them long after you have passed away.

The Martins were an affectionate family, with Louis giving his girls cute pet names. Thérèse was indeed his “Petite Reine,” or little queen. Although Thérèse didn’t live with the family in her early infancy because of illness — she was sent to live with a wet nurse — when she returned at 15 months she was greeted with much affection. Don’t be afraid to shower your kids with affection, and help them appreciate that this love stems from God Himself. Affection that is demonstrated and felt goes a long way in helping a child feel secure and loved.

The Martins faced many disappointments in their lives but they never gave up. Zélie had a desire to enter religious life, but a prioress convinced her she wasn’t suitable. Although disappointed, she put all her efforts into becoming an excellent lace-maker, and had set up a business by the age of 22. Louis, had wanted to be a canon regular but was unable to join the community due to his lack of Latin. He went on to have a successful watchmaking and jewelry business, which he eventually signed over to join his wife in her business. Show your children how you have to overcome life’s disappointments, and be open to following a different path guided by God.

Always be forming them in faith

The Martins gave their children a life with God at the center. Even though Louis lost his wife to cancer at a young age, as well as losing four of his children, he continued to raise his children to trust their Heavenly Father. Just before Thérèse entered religious life, Louis took her and her sister to Céline on a pilgrimage to Rome. This enabled the future Carmelite to have an appreciation of the Church in all her glory, and even some of its failings: It was in Rome that Thérèse remarked that priests needed prayers, so she set about offering up prayers and sacrifices for them. Although you might not manage a pilgrimage to Rome, there are many shrines and religious sites in America that are worth a visit and that might help your children learn a more about their faith.

While the Martins were keen to share their spiritual knowledge, they also wanted to act on it. They involved their children in charitable works and good deeds and gave them an understanding of needing to look out for the less fortunate. Even if you’re rushed off your feet and can’t volunteer, there are many acts of kindness you can perform in your everyday life which is a great example to your children.

The Martins didn’t just have an extraordinary faith in God, they also had faith in their children. Thérèse was rather a stubborn child, who knew what she wanted from a very young age. Although she was categorically told she couldn’t join the Carmelites, her father’s dedication to her cause allowed her to join the religious order at just 15. By understanding his daughter’s desires, Louis was able to have faith that his daughter was capable of such extraordinary steps at a young age. Try to understand your own children and their desires and help them achieve their goals.

It’s hard to think of such an important saint having flaws as a child, but Thérèse is the first to admit that she wasn’t the easiest of children. Full of emotion, she found it hard to manage her feelings and it took many years for her to learn self-control. Yet, despite the difficulties, her parents were a guiding hand, patiently guiding her along the way. So if you find yourselves at your wit’s end with children who are particularly sensitive, moody, or dramatic, know that you’re in good company.

If you’re curious to know more about Therese’s parents and would like to learn about the unusual customs at the their wedding, click on the slideshow below: 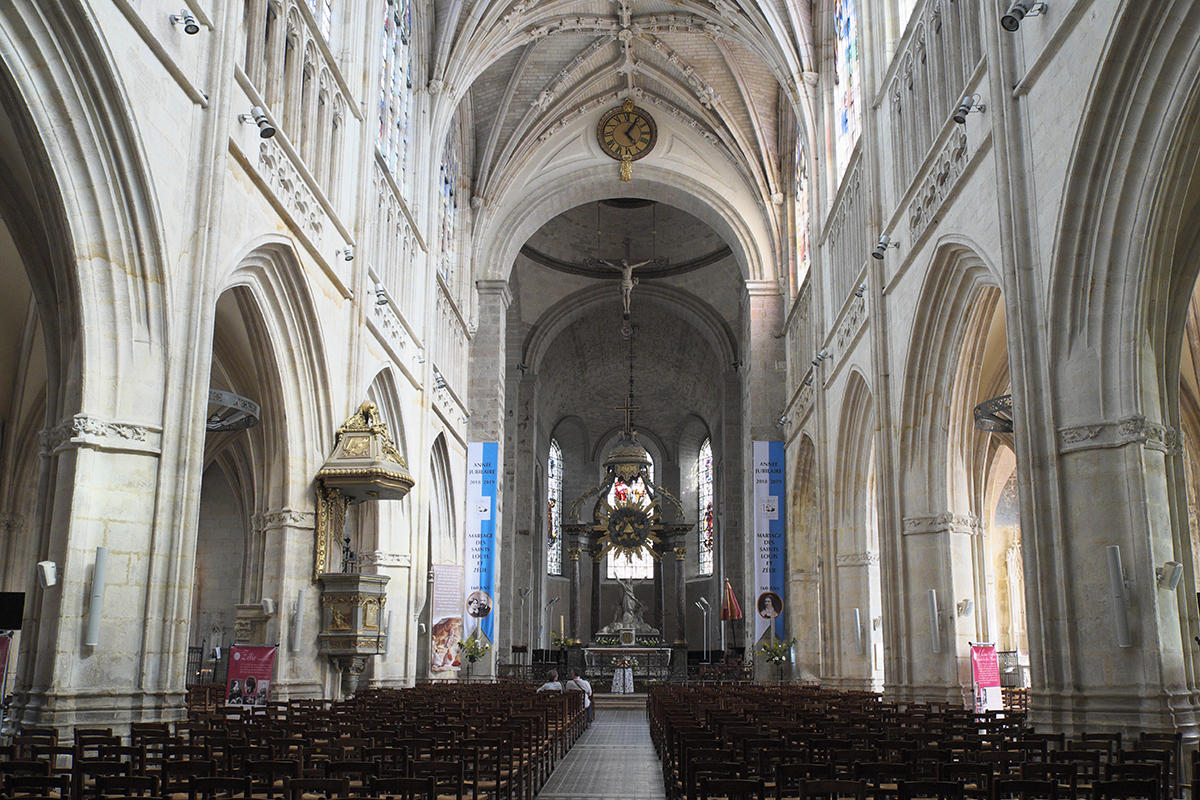