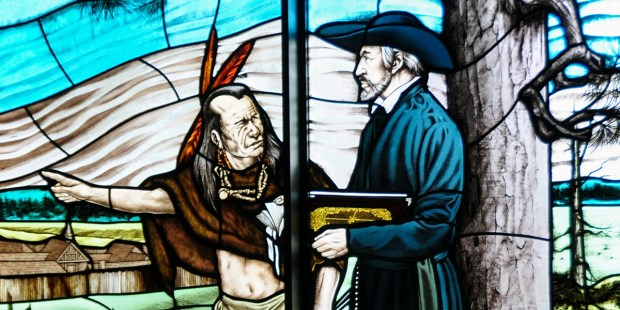 Frs. John de Brebeuf, Isaac Jogues, and their companions gave their lives in the service of God and the indigenous people of what is now New York State.

Mark you’re calendars —on Monday, October 19, you’re invited to tune into a live Zoom conversation about the Jesuit missionaries who lost their lives sharing their faith in what is now New York State.

Frs. John de Brebeuf and Isaac Jogues were French missionaries who journeyed to the New World to share the message of salvation and love. They died in service to God and to the indigenous people they sought to evangelize. In 1930 they, and six other heroic holy men, were canonized as the first North American Martyrs to be officially recognized by the Church.

According to the event’s organizers, the sacrifice of the Jesuit martyr’s “underscores the critical importance of religious liberty and using that freedom to living lives according to one’s faith tradition. Frs. John de Brebeuf, Isaac Jogues, and their companions are also witnesses to hope – that there is not only meaning to life and suffering and arduous labor, but something greater than the pandemic, politics, and everything else that ails us in 2020.”

This live Zoom event is an initiative of NRI’s Center for Religion, Culture, and Civil Society, co-sponsored by the National Shrine of the North American Martyrs and Birthplace of St. Kateri Tekakwitha.

Register for “Hope for the Future: A Conversation on Holy Ground,” here. The event will take place on Monday, October 19 at 1 p.m., Eastern Time.