How the Benedictine monks of Norcia survived two earthquakes

Photo Courtesy of the Monks of Norcia

"When the Church seems damaged and disfigured we must take that as an invitation from God to a deeper faith in Him," said the prior of the monastery.

The 2016 earthquakes hit central Italy hard. One city suffered severe damage: the Umbrian town of Norcia. Known for its culinary traditions of wild boar and truffles, Umbria is also known for its Benedictine presence.

The reestablishment of a monastery in Norcia

According to Pope Gregory the Great, St. Benedict and his twin sister St. Scholastica were born in 480 in the “environs of Norcia.” Though the exact location is unknown, in the 8th century an oratory was built on a site believed to be the birthplace of the two saints. In the 10th century, Benedictine monks established a monastery adjacent to the site and enlarged the oratory into a church. The church and community remained in one form or another until 1810 when the Napoleonic suppressions forced the closure of the monastery.

In 2000, three American monks led by Fr. Cassian Folsom and guided by the Holy Spirit sought to reestablish a Benedictine presence after almost two centuries of absence. Their community would be unique in that they would celebrate Mass according to the extraordinary form of the Roman Rite and pray the Divine Office in Latin. Over the years men from all over the world joined their ranks and the community grew in leaps and bounds.

Faithful to the Benedictine motto, Ora et Labora (Pray and Work), the industrious monks launched a brewery. Drawing on the ancient tradition of monastic brewing, several monks traveled to Belgium to learn brewing secrets from the Trappists. The monks set up a brew hall below the monastery and converted the cellar into a bottling room. The result was “Birra Nursia” taking its name from the Latin name of Norcia.

Next the enterprising monks released a CD recording of their chants. Titled Benedicta, it made it to the top of the Billboard charts in classical, traditional music in 2015.

Two earthquakes leave the church a pile of rubble

In 2016, two earthquakes shattered everything.

The first quake, a 6.1 in August, severely damaged the church and compromised its structure. It was condemned and the monks were forced to abandon Norcia. In October, a 6.5 quake leveled the church to the ground. It was a terrible sight to see, as only the façade remained standing.

Before the quakes, the monks already had plans to move away from the busy center of Norcia and relocate in the nearby quieter hills. They had purchased some land with a ruined Capuchin church and convent which they would make the headquarters of their monastic life. They would maintain a presence within the traditional church in the center of Norcia, but live and pray outside. The earthquakes hastened their plans.

In fits and starts that involved major fundraising goals, keen bureaucratic maneuvering, and physical toil the monks began rebuilding their new church and monastery outside Norcia.

The prior of the monastery, Fr. Benedict Nivakoff OSB, originally from the United States, said the following:

When the Church seems damaged and disfigured we must take that as an invitation from God to a deeper faith in Him, in his Mysteries, in the Tradition of the Church. This Faith is hard but there are good and beautiful fruits, some of which we share here.

Last June 12, the monastery celebrated 20 years since its canonical founding in 1999. For the anniversary, they added a motto to the crest of the monastery: Nova Facio Omnia (“I Make All Things New”). Taken from the Book of the Apocalypse (Chapter 21, verse 5), this verse describes the New Jerusalem in all its splendor. It captured the spirit of their first 20 years and provided an orienting principle for the future.

In our fast-paced, ever-changing world, the Monks of Norcia offer an alternative: stabilitas. At the foundation of Benedictine spirituality is stability – the vow to remain attached to a particular place – despite hardships and obstacles. Stability requires faithfulness to God, submission to his will, and leads to growth in virtue and humility. Ultimately God is in charge and his will endures forever.

For more information (including to make donations), visit the monks’ website: https://en.nursia.org/ 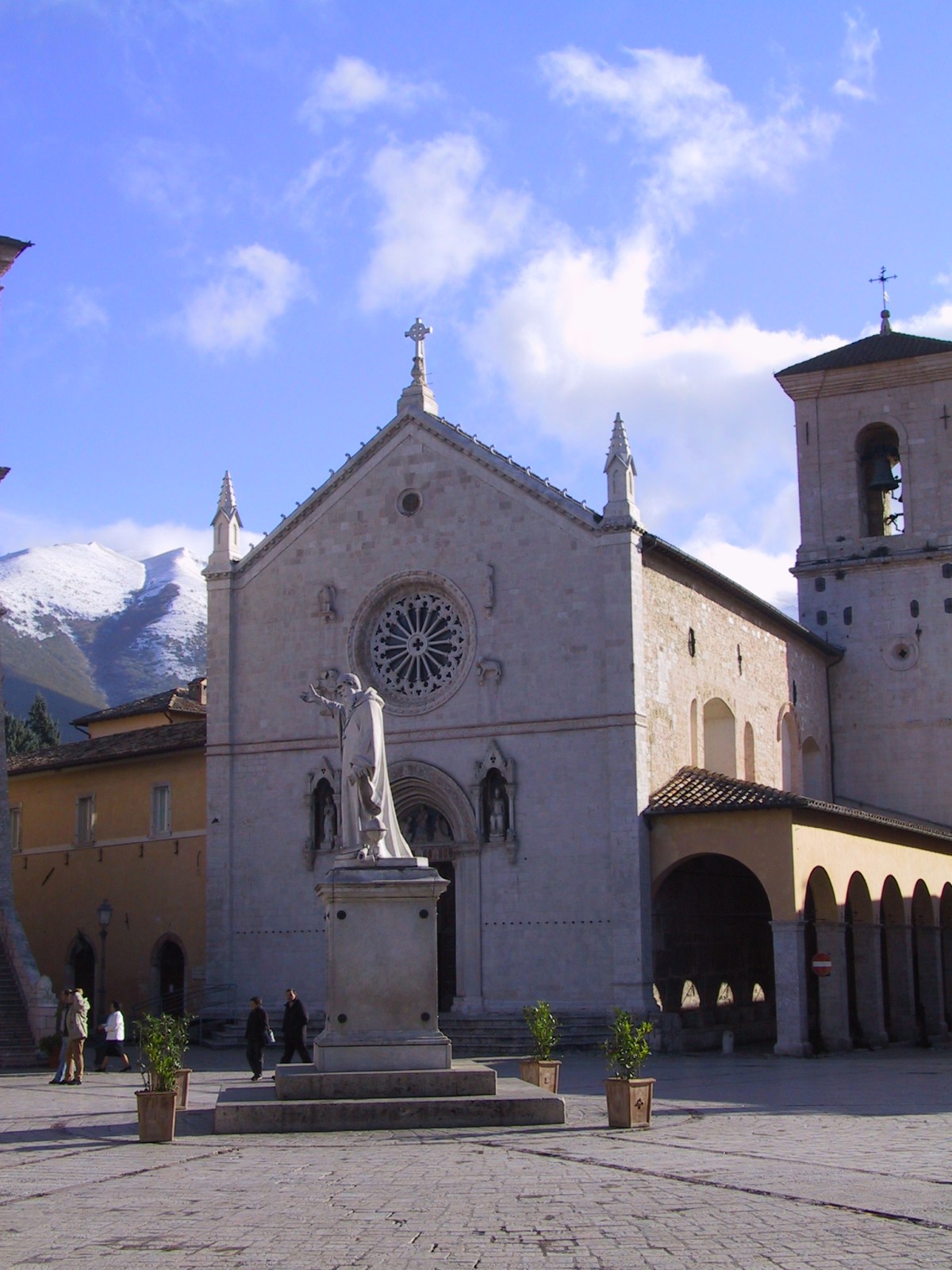