How the artist Giotto brought the life of St. Francis to the people

When speaking of the great Italian artists, names like Michelangelo and da Vinci come to mind. But preceding the Renaissance – some might say paving the way – was Giotto.

Born in the middle of the 13th century in Florence, Giotto was the first (in a certain sense, modern) artist to transform the production of art from a local artisanal craft into a lucrative career. Becoming something of an international celebrity, he was sought after by noble Italian courts and popes alike.

His first major work took place in the last decade of the 1200s, when he created something entirely bold and innovative: the fresco cycle in Assisi’s upper Basilica of St. Francis – a grandiose cycle of 28 frescoes depicting stories and events of the saint’s life.

Iconography was nothing new. Throughout the Middle Ages, painters and artists had been using art to illustrate the lives of the saints. In mosaics, paintings, and frescoes, their depictions followed the traditional Byzantine style. Figures were flat and emotionless. Colors, objects, gestures, and other symbols were employed to communicate a message: that the saint’s place was in heaven, and through his or her example and intercession, the faithful could hope for eternal life.

Regarding artistic depictions of the life of St. Francis, by the middle of the 13th century there were in existence painted wood panels – especially in Tuscany. Francis was placed as the central figure with stories of his life framed around him. He was seen as an intercessor, and the emphasis was on miracles and healings.

Giotto’s revolution was to take the wooden panel depictions of Francis, add to them in content and style, and fill an entire church. It was a monumental project the likes of which had never before been attempted.

When Giotto arrived in the upper basilica of St. Francis in Assisi, previous artists had recently completed scenes from the Old and New Testament on the upper part of the walls. His task was to connect the overall message: that the Old Testament foretold the coming of Christ, and Christ called Francis to imitate him in a way that was unique in history through his reception of the stigmata.

Through a series of relationships, comparisons, and analogies, pilgrims visiting the basilica would see links and analogies between the prophets, Christ, and Francis in the upper and lower frescoes.

Giotto’s style was fresh and ambitious. He sought to make the scenes appear realistic with vibrant colors. As opposed to golden backgrounds (gold symbolized heaven), Giotto used a blue sky. While figures in previous iconography were devoid of emotion (it was believed souls did not have emotions in heaven), Giotto included expressions of pain, anger, fear, mourning, delight, surprise, and wonder. While Byzantine iconography was still, Giotto created the appearance of movement.

Perhaps the most innovative element was his use of depth. While Byzantine icons were flat and two-dimensional, Giotto added perspective. More an engineer than an artist, Giotto frequently employed the artistic device of foreshortening to create the illusion that the scene had the third dimension of depth. To viewers, it appeared they were actually standing inside the scene itself.

Not only was Giotto’s style novel, his message was something entirely new. He took his cue from the Franciscans and other mendicant orders (such as the Dominicans) who had renewed the spirituality of the 13th century in Italy by itinerant preaching to the people where they were in the streets and town squares – outside of the monasteries. Giotto had a similar message in his work.

Giotto wished to show that Christian spirituality was not limited to the afterlife. Life was not a vale of tears in preparation for heaven. Instead, Giotto sought to embrace the message of St. Francis: that people could begin to see and experience the goodness, truth, and beauty of God already in this world. 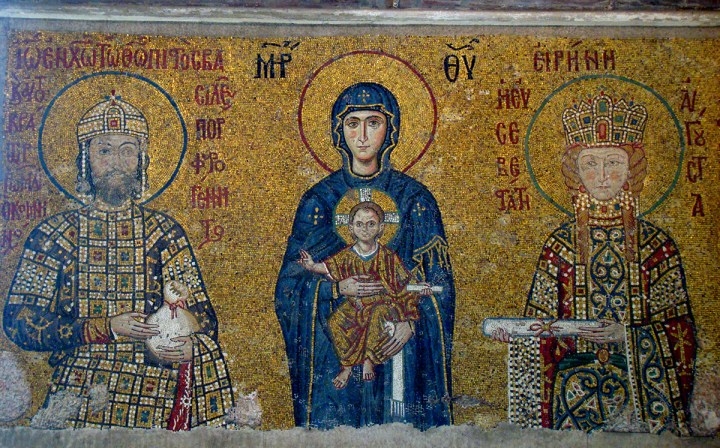