Photos: The Nativity scenes of Naples

In the center of Naples is the narrow, crowded street known as Via San Gregorio Armeno, which boasts endless stands selling the traditional Presepe.

This time of year Italians venture down to Naples to marvel at one of the city’s greatest traditions: the handcrafted Nativity scenes.

Known in Italian as presepe (from Latin, praesepium meaning “crib”), the Nativity scenes have a long and storied tradition in Naples.

The Nativity scene itself traces its origins in Italy to St. Francis of Assisi who recreated the birth of Jesus visually for the first time in 1223. He celebrated the Christmas Mass with a manger, living farm animals, and pastors to bring to life the birth of Jesus in Bethlehem.

Soon the tradition of reenacting the nativity of Christ spread throughout the Italian peninsula. The live Nativity scene was followed by the creation of smaller hand-crafted Nativity scenes with figurines and models. These were known as the presepe, or creche.

The first historical mention of a presepe in Naples is from the early 1300s, when documents note one inside a church. Over the following decades and centuries, Neapolitan artists began sculpting elaborate life-sized figures of the Holy Family in churches both in and outside Naples. They became masters of the Nativity scenes, working with wood, terracotta, stone, and the more economical alternative – papier-mâché.

By the18th century, the Neapolitan presepe reached its golden age. Papier-mâché had become the preferred material as it was inexpensive and easy to work with.

By now their works were no longer exclusively objects of religious devotion. Instead, the nobility and wealthy bourgeois had begun commissioning similar figures of more secular themes to decorate their aristocratic homes and compete with their neighbors.

These scenes began to represent less and less Palestine at the time of Jesus and more and more Naples in the 1700s. There were intricate models of ladies and gentlemen of the upper Bourbon aristocracy as well as ordinary people going about their business. Imagine crowded Naples streets in the 1700s: smiths, bakers, and cobblers plying their trades, foreign merchants selling their wares, animals roaming around, Bourbon gendarmes patrolling the streets, gypsies reading cards, people throwing dice, children playing, and housewives cooking.

During this same period, the theater and opera houses were flourishing in Naples. The Neapolitan flair for drama found its way into the Nativity scenes, and the expressive and theatrical figures appear to be still shots of a stage set.

Today the Neapolitan Presepe tradition is still alive and vibrant. In the center of Naples is the narrow, crowded street known as Via San Gregorio Armeno. Also known as Via dei Presepi, this area boasts endless stands showcasing and selling the traditional Presepe.

There is a wide variety to choose from. Many of the workshops are run by families that have been constructing high-priced quality handcrafted works for many generations. Other scenes are made cheaply from plastic or terracotta molds.

In addition to the traditional religious scenes, there also exists the other more secular parallel tradition. Known as pastori (literally “shepherds”), these non-religious figures are based on popular stereotypes and include every imaginable figure and personage. From the traditional figures including peasants, maidens, and street people, they also include contemporary politicians, soccer players, prelates, and celebrities.

A baker takes bread out of the oven, a fisherman reels in a fish, women wash clothes or spin yarn, a man shears sheep, a watermill turns. There are electric motors to give motion to the scenes and lights to illuminate recessed workshops and grottoes. There is real water filling ponds, wells, and waterfalls.

No detail is overlooked. The expressions on the faces of the figurines recall their origins in theater, and anyone who has spent any time in Naples will recognize that the figures capture the expressive spirit of the Neapolitans themselves: they are dramatic, charming, somber, upbeat, or wild. They entertain, delight, and give pleasure. The scenes are as boundless as the Neapolitan imagination.

True to Neapolitan culture, the sacred and secular worlds collide. All the scenes take place alongside the traditional Presepe. Somewhere in the scenes of daily life in Naples can be found the Holy Family surrounded by angels, wise men, shepherds, oxen, and donkeys.

The message is that Christ’s birth is not limited to a faraway place and time, but is right here with us.

Though other areas in Southern Italy also have long running traditions of the Presepe – such as the Amalfi Coast or Lecce – only the Neapolitan Nativity scenes can boast the coveted UNESCO designation as being part of the Intangible Cultural Heritage of Humanity. 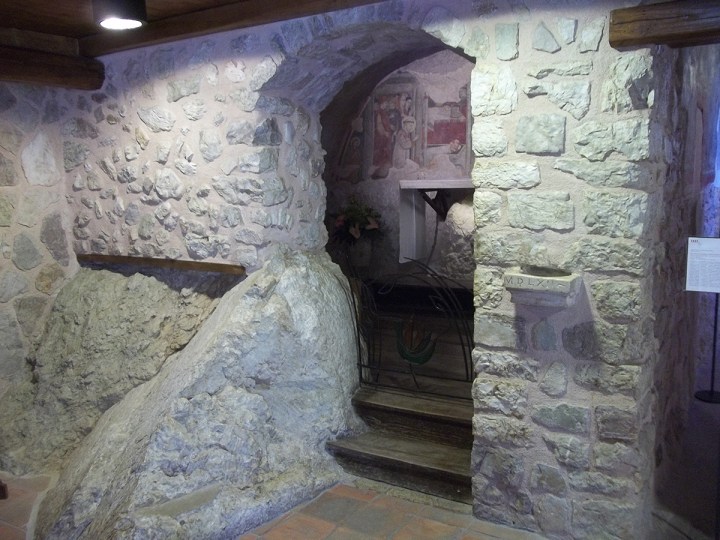