Virtually visit the Basilica of San Marco, a bridge with the East

The Basilica of San Marco Evangelista in Rome is located a few steps from Piazza Venezia, though it’s rather hidden. According to tradition, St. Mark lived here and wrote his Gospel.

The basilica was built by Pope Mark in 336, in honor of his patron saint, St. Mark. The renovation commissioned by Gregory IV in 833 was important, perhaps in the wake of the recent movement of St. Mark’s body from Alexandria to Venice.

The mosaic in the apse dates back to this period, with Christ in the center and St. Mark and Gregory IV on his right, the latter offering a model of the basilica. It was Paul IV, a Venetian, who gave it its present form. The basilica holds some relics of St. Mark and of the Persian martyrs Abdon and Semnen, killed during the persecution of Decius. This makes it almost a natural bridge with the East.

Read more:
Grave robbers in gondolas: How the remains of St. Mark came to be in Venice

In the past, in front of the church—today to the side—was placed the statue of Madam Lucrezia. She was one of the “talking statues” of Rome, to which people attached sheets of paper to give voice to criticism and satire of public figures of the time.

From this basilica, on April 25, the procession of the “Rogations of St. Mark” used to depart along a route ending at St. Peter’s Basilica, “to appease God, and make Him propitious to us so that He may forgive our sins, keep his punishments far from us, and bless the fruits of the earth.” (Catechism of St. Pius X)

Let us join this procession to ask for forgiveness and blessing.

I wait for the Lordand in His word I hope.Wit the Lord there is steadfast love,and with Him is great power to redeem.(Psalm 129)

Read more:
The beautiful and ancient custom of blessing fields on Rogation Days 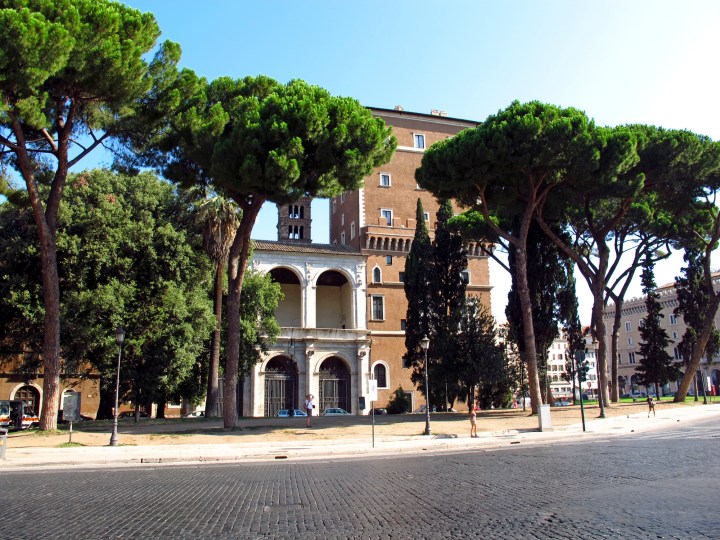