Station Church Day 42: Our own part of the story of God's fidelity is here.

On Wednesday of Holy Week, the Lenten station church is back to St. Mary Major. The 5th-century mosaics along the nave speak of God’s promise to the Jewish people and his fidelity in making it come true. They’re the stories of Abraham, Jacob, Moses and Joshua.

We, too, fit into this journey. Before us is Mary. The mosaics of the triumphal arch and the apse show us the main moments of her earthly life and her glory beside her Son, in which we too are invited to participate.

Another mosaic, today hidden by the Loggia of Blessings, recounts the foundation of the basilica. According to tradition, on the night between August 4 and 5, 352, Our Lady appeared in a dream to Pope Liberius and a patrician named John, asking them to build a church in her honor at a place that she’d indicate by a miracle. The next morning, a snowfall covered the Esquiline Hill. Here the pope drew the perimeter of the new church, and John provided for its financing. On the site of the original church—of which nothing remains—Pope Sixtus III built the present basilica (5th century).

Every year, in remembrance of the miracle, the Feast of Our Lady of the Snows is celebrated on August 5, with a shower of white rose petals falling from the interior of the basilica’s dome.

Read more:
How a snowy day in August led to one of the world’s most ancient spots to venerate Mary

Let the oppressed see it and be glad;you who seek God, let your hearts revive.For the Lord hears the needy,and does not despise his own that are in bonds.Psalm 69 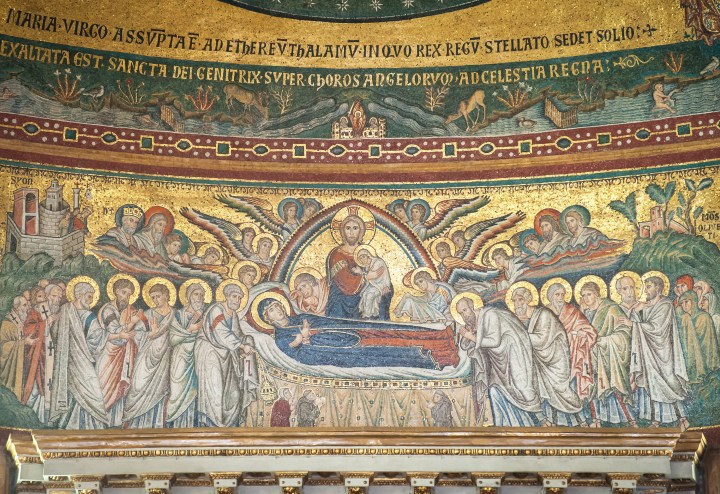