The 10-year-old project has become a model for agricultural development in an urban setting.

In 2011, two students from the University of Michigan dreamed of a way to bring the Detroit community together while creating a sustainable food source. That year, Tyson Gersh and Darin McLeskey launched the Michigan Urban Farming Initiative (MUFI), which converted a residential neighborhood in Detroit’s North End into an agricultural wonderland, run by the community, for the community.

Now, it’s been 10 years, and MUFI is still running strong. In fact, they have grown to become the first sustainable urban “agrihood” in the United States. The term, coined in 2014, refers to an “agricultural neighborhood” in an urban setting. According to Wikipedia, there are 90 such “agrihoods” in the U.S., with another 27 in development, as of 2020.

MUFI’s primary focus has been the redevelopment of a three-acre plot, which they call the “epicenter of urban agriculture.” They explain their mission on the MUFI website:

Our mission is to use urban agriculture as a platform to promote education, sustainability, and community in an effort to empower urban communities, solve many social problems facing Detroit, and potentially develop a broader model for redevelopment for other urban communities.

To accomplish this, they have used a variety of creative techniques to transform residential properties into viable agricultural landscapes. In one video, on the MUFI YouTube channel, they show how they used the basement plot of a demolished house as a cistern. They’re also working to turn a dilapidated building into a brightly colored community center.

Bringing the community together is the heart of MUFI’s mission. All their support and volunteers are sourced from Detroit and their produce goes right back into the community. Since 2011, MUFI has produced 50,000 lbs. of food for the people of Detroit.

The organization has no less than seven community-oriented projects in development. Alongside their agricultural efforts, they have been working to beautify the area with flower gardens, and a covered pavillion for community events is in the works. Their efforts also include affordable housing made from shipping containers and a high-yield fruit orchid.

MUFI has designed a Children’s Sensory Garden, an outdoor learning environment centered around activating all five senses. They write of this children’s area:

Within the garden itself, there are five separate zones, each individually tailored to activate a specific sense. For example, a texture garden features a selection of plants carefully curated for their unique tactile qualities, allowing children to touch a wide variety of textures.

MUFI’s work, while not explicitly Christian, is following in the directions of Pope Francis’ 2016 encyclical, Laudato Si. The community-driven efforts have become a model for sustainable food projects in an urban setting. The growth the project has seen each year demonstrates that the sky’s the limit to their pursuits. The only question remaining is how Christian communities might implement MUFI’s successes to further our own mission as custodians of the world.

Visit the MUFI website to learn more about their non-profit work. 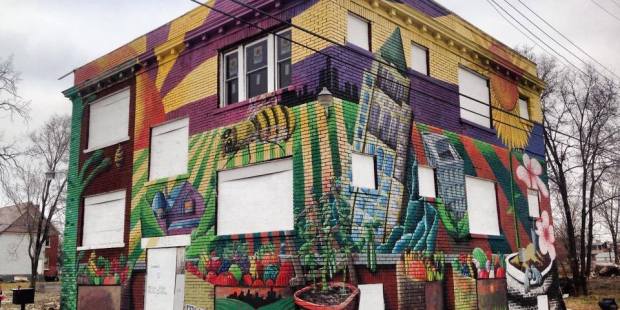