It’s the most wonderful time of the year in Milan

Cities around Europe are known for the magical festive atmosphere that can be experienced during the weeks leading up to Christmas. German cities with their Christmas markets and cities in Poland, Italy and Spain with their live Nativity scenes are just some of the wonderful events that take place during this season. But a special place in the list of Europe festive destinations is taken up by Milan, Italy. Here, the atmosphere  in December becomes especially festive as the city patron, Saint Ambrose, is celebrated just a few weeks before Christmas, on December 7.

In 347 Ambrose was serving as local governor for the Roman Empire when he was unexpectedly voted as Bishop of Milan by popular acclamation. At the time, a deep rivalry between two Christian factions was taking place in Milan. Arians believed that Jesus was the Son of God (and thus not co-eternal with God the Father) while those who adhered to the Nicene creed believed Jesus was divine and co-eternal with God the Father.

When the former bishop of Milan, Auxentius, who was an Arian, died, Arians and Niceans started an argument about his rightful successor. Ambrose attended the election event and addressed the crowd to calm spirits down. To his surprise, people started chanting “”Ambrose, bishop!” and soon after that he was elected as Bishop of Milan.

In just eight days he went from unbaptized layman to Bishop. His legacy is vast, both in Milan and in Catholic culture at large. He is credited as a powerful agent of peace and stability. On top of avoiding a clash between Arians and Niceans, he mediated conflict between Roman emperors Theodosius I and Magnum Maximus avoiding political conflict to erupt in the region. In terms of culture, he is credited with the diffusion of “antiphonal chant,” made up of two sets of choir singers responding to each other, and the composition of the famous Advent hymn Veni redemptor.

Today, his celebration is one of the most important Catholic traditions to take place in Milan. From a visit to the 1,600-year-old Saint Ambrose church to a trip to Milan’s unique Christmas market, view the slideshow below for a list of things to do when visiting Milan for the feast of Saint Ambrose. 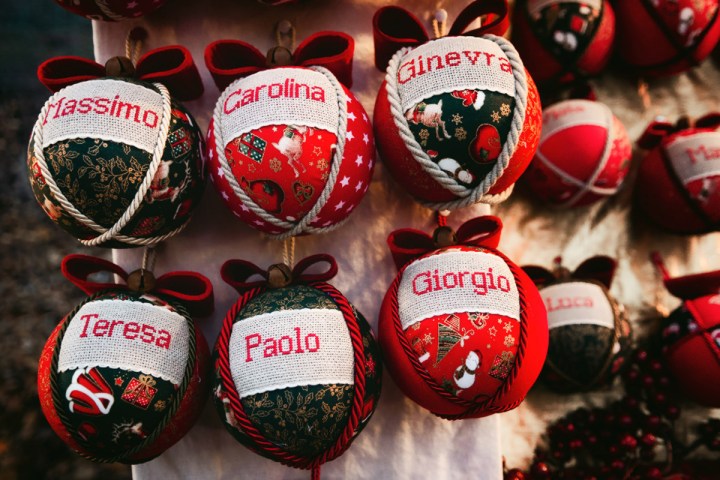