2 Misconceptions children have about God 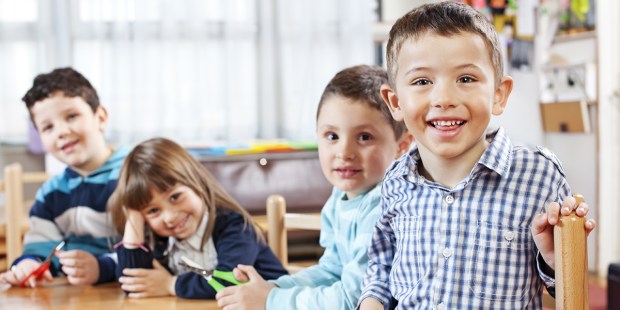 How can we help our children to discover who God truly is?

Children can get a lot of strange ideas about God, either because they don’t understand what we tell them, or because we use incorrect or clumsy language that misleads them. Among these misconceptions, there are two common ones: God as magician and God as bogeyman.

Children willingly think that, since God is all-powerful, they can ask him for anything, turning to Him as a sort of automatic dispenser of miracles and wonders. “If God doesn’t give me exactly what I want as soon as I ask for it, something’s not right. I don’t get it: that means God doesn’t love me, or he isn’t all-powerful, o that he doesn’t exist,” they may tell themselves.

This error arises from a distortion of a twofold truth: “God is almighty and I can ask Him for anything.” That’s true, God can absolutely do anything; there’s no area in which He can’t exercise his power. God is mightier than evil, whatever it may be. He is the creator and master of all things. He can, in an instant, reduce everything that exists to nothing, or radically transform it. He could easily perform miracles on a daily basis that would make the front page of all the papers. “I can ask Him for anything”: that’s also true.

It’s important not to censure children’s prayer. If they want to talk to God about their next soccer match or the toy of their dreams, don’t stop them. But let’s teach them as well to discover that we don’t address God as a kind of distributor of miracle solutions, because God is much more and much better than that. God doesn’t obey our orders. He does much more: he loves us. He always listens to and answers our prayers, but not always in the way we imagine it because he sees beyond our initial request. Through what we ask of him, he sees through to what we really desire, that is, our happiness. And it can happen that the immediate satisfaction of a desire may not be for our happiness. When God doesn’t seem to be answering our prayers, it’s because he wants to offer us better, and more, than we asked Him in the first place. Look at our own lives: even if we can’t see all God’s plans for us, we can still find so many circumstances when we thought the Lord wasn’t granting our prayers … only to answer them even better a little later.

No, God is not a magician, but He’s also not someone scary who doles out punishment. Children may think this when, after some failure or faced by an ordeal, they hear us say, “You see, you were naughty and the good Lord is punishing you.” We should never say that to a child. Telling them this leads to a feeling of guilt whenever they encounter suffering. Of course, God is just. He is certainly not indifferent to whether we behave rightly or wrongly. And sin is certainly the source of suffering, of failure, or misfortune. But, mysteriously, misfortune also strikes innocent children, and our share of suffering is in no way in proportion to the weight of our sins.

Look at Jesus on the cross: He, who is innocence itself, endured suffering and death. He teaches us how to bear and offer up our sufferings for the sins of the world. It is man who, tempted by Satan, brought evil into the world. Not God. God wishes us to be happy, and fully so. It’s what He created us for. But God became man, died, and rose again that suffering might aid to battle sin and conquer evil. God allows us to suffer as He himself suffered in order to associate us in his work of redemption. But He doesn’t send us trials to punish us in some sort of bizarre tit-for-tat way.

God responds to our sin with forgiveness. By allowing us total freedom to accept or reject this forgiveness, God imposes nothing on us, not even His love and his mercy. He who refuses this love and mercy can only be infinitely (and eternally) unhappy: he punishes himself by turning his back on the One who alone can bring him happiness.

Read more:
How the life of St. Agnes can teach us to take children seriously