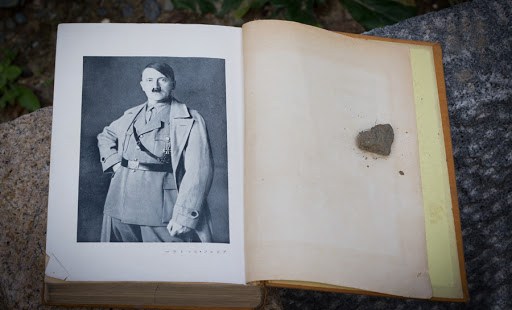 A Jewish historian unearths the efforts of the Catholic Church in aiding the escapes of most Roman Jews during World War II.

The efforts of the Catholic Church were undoubtedly decisive in the escape of most of Rome's Jews during World War II, according to a Jewish historian and columnist of “L’Osservatore Romano.”

In a recently published book, “Portico d'Ottavia, 13,” Anna Foa describes the only raid against Jews committed by Nazis in Rome. The book is named for the address of the Oct. 16, 1943 raid.

Foa told CNA Oct. 10 that “Nazis entered in the courtyard and knocked on everyone's doors. They captured 30 people, one third of the inhabitants of the house.”

She also explained that “Nazis had a list of the Jews living in that courtyard. The list was drafted basing on the census of Jews made in Italy in 1938, and on a list of taxpayers.”

This was “the first and last time the Nazis used a list to capture Jews” in Rome. Afterwards, Jews were apprehended by casual raids on public transport, or by spy reports.

Foa hypothesizes that then-Vatican Secretary of State, Cardinal Luigi Maglione, agreed with the German ambassador to the Holy See, Ernst von Weiszaeker, that no “formalized raids would ever take place again in Rome.”

This hypothesis is based on “a letter ambassador Weiszaeker sent to Berlin, writing that ‘here in Rome there will undoubtedly not be carried out actions against the Jews.’”

Foa maintained that the ambassador’s words have “no clear meaning,” but that they may refer to a sort of agreement Nazis made with Catholic Church.

In fact, she said, “the Church was the only organizing force” during the war, and it “made a great contribution to the saving of the Roman Jews.”

Only 1,006 Roman Jews were captured and sent to concentration camps. This has been attributed to the ‘passive resistance’ of the Roman population and also of fascists, who used to hide and help Jews, advising them in case of persecution.

But it was also due, Foa said, to “the organization of the Church, which opened convents to Jewish refugee as part of an aid network that could be developed only thanks a direction from the top levels” – that is, Pope Pius XII.

Pius XII has been accused for staying “silent” about the Jewish persecution, failing to make official statements against the Nazi's policy towards them.

Yet the Pope was aware that any official statement would have made the Church’s efforts to aid them all the more difficult, she explained.

Pius XII allowed nuns, monks, priests, and prelates in his diocese, including several at the vicariate, to involve themselves in Jewish rescue, she said. Many Church institutions, including Vatican properties, sheltered Jews as well as other fugitives for long periods of World War II.

According to Foa, “focusing the discussion only on Pius XII is a derailment. In Rome, Jews were mostly saved by the Church. The role of convents was pivotal.”

Foa explained that Nazis did not enter convents because “the Vatican posed targets claiming the extraterritoriality of the convents, and the Nazis did not want to ‘invade’ the territory of a neutral state.”