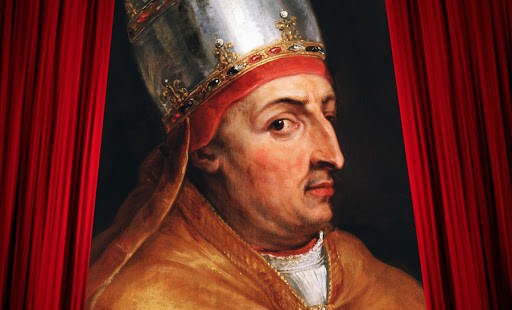 Most people are familiar with St. Leo the Great and St. Gregory the Great, and some are honoring John Paul II with the title – but have you even heard of Pope St. Nicholas the Great?

Pope John Paul II is one of the most beloved pope of modern times, with his devotees increasingly referring to him as “John Paul the Great”. There’s a high school and a university with the name, as well as books and holy cards. There are even homilies from Cardinal Angelo Sodano and Cardinal Donald W. Wuerl of Washington D.C. archived on the Vatican’s website that use the title.

The title is quite the honor and should not be taken lightly. Of the 266 men who have ruled from the throne of St. Peter, only three of them have “Great” attached to the end of their names. All three lived in the first millenium, and all three lived within just a few centuries of each other. That’s right: until John Paul II, no pope in the last 1100 years of the Church merited the high honor.

You’ve probably heard of Pope St. Leo the Great and Pope St. Gregory the Great, but, amazingly, the third one is a pope most people have not even heard of: Pope St. Nicholas the Great – and his story has an important lesson for our day.

The Great Marriage Controversy – of the 9th Century

The first thing to know about St. Nicholas the Great is he’s not the historical basis of Santa Claus and he didn’t slap Arius in the face at the Council of Nicaea. That’s St. Nicholas of Myra who lived five hundred years earlier and was a bishop in modern-day Turkey.

Pope St. Nicholas the Great, rather, was born in Rome to a respected family in the year 800, the same year Pope Leo III crowned Charlemagne as the Holy Roman Emperor. He received a good education and was known for his piety but did not enter Holy Orders until he was in his 40s. Nonetheless, within about ten years he was elected pope with the support of the Holy Roman Emperor Louis II. He reigned as the bishop of Rome for just nine years until his death – but those nine years were packed full with extraordinary drama.

The most intense controversy of his pontificate began when King Lothair II of Lotharingia and his wife Teutberga realized they were unable to have children, which of course meant Lothair II had no sons to take his throne when he died. Convinced it was because his wife was barren, Lothair sought an annulment so he could marry his mistress Waldrada. But Teutberga’s brother Hucbert, a lay-abbot, took up her cause. Teutberga’s inculpability was proven after she passed a trial by water, so Lothair took her back, at least temporarily.