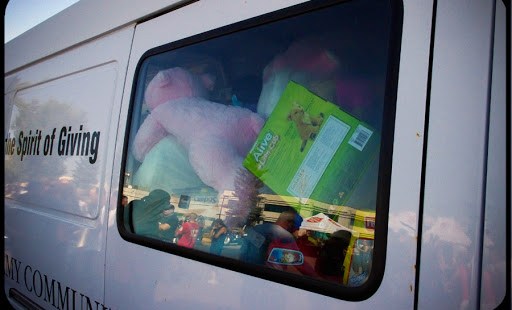 Two public schools recently ended their affiliation with an evangelical-run Christmas toy drive citing violation of the constitution as the reason, but a religious liberty lawyer says otherwise.

After two public schools ended their affiliation with an evangelical-run Christmas toy drive for impoverished children, a lawyer with a group that supports religious liberty said such affiliation is in fact constitutional.

“Schools can offer Operation Christmas Child, as one of many choices of community service projects students can voluntarily participate in, without violating the constitution,” Jeremy Tedesco, senior legal counsel with Alliance Defending Freedom, told CNA Nov. 20.

“The AHA is spreading a view of the establishment clause and what they think it requires, this absolutely complete separation between church and state, which has really put schools in the position of being hostile to religion.”

Last week, the American Humanist Association wrote to both SkyView Academy in Highlands Ranch, Colo., and East Point Academy in West Columbia, S.C., demanding that the schools cease participation in the Christmas gift drive which is a project of Samaritan's Purse, an evangelical organization which provides “spiritual and physical aid to hurting people around the world.”

The project delivers shoe boxes stuffed with gifts to impoverished children around the world, as well as a message inviting them to become Christian.

It continued, “a public school cannot affiliate itself with, endorse, promote or support such a group's program without violating the Establishment Clause.” The American Humanist Association also encouraged the schools to give gift boxes to “an appropriately secular program, such as Toys for Tots.”

Both schools decided to end their affiliation with the program. On Nov. 15, SkyView parents were told by email that the school would cease its participation because of “the importance of protecting our school's program, resources, and reputation, which would be at risk if we chose to engage in this national argument.”

East Point also wrote to parents saying that “in an abundance of caution because we do not want to expend school financial resources defending a lawsuit, we are not going to accept Operation Christmas Child boxes.”

Tedesco explained that “just because a religious organization is involved in sponsoring it, doesn't turn it into something the school district can't participate in in some way; that goes for any school in the country.”

The American Humanist Association, he said, is “just pushing their own agenda, and I just don’t think their agenda lines up at all with the actual state of the law, when it comes to the establishment clause.”

“Absolute and complete separation” and a government “hostile to religion” is the secularist group's agenda, Tedesco suggested – “that's what their recommended courses of action in these situations would require schools and other government agencies to do.”

He explained that the “strict separationist view” is held by many groups, yet “it is not the actual requirement” of the First Amendment.

“That's all these schools are doing. That's not unlawful, and it certainly isn’t made unlawful simply because a religious organization happens to sponsor it.”

“What we're up against here is that you can hold your religious beliefs, but you can't act on them, or express them in public.”