Biblical Baby Names Set to Make a Comeback in 2014 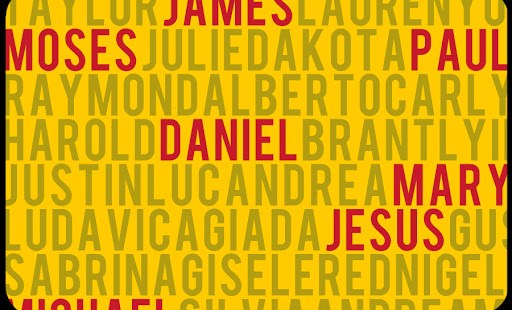 After many years, it shows that people are feeling stronger about their faith, and that they have hope once again,” Lucie Wisco, editor of social baby naming website Belly Ballot.

A baby name website has predicted that more parents will be choosing traditional Biblical names for their children this year, a trend that one expert says is a sign of people’s renewed hope in their faith.

“Biblical names surging back into our culture is a great turn for the better. After many years, it shows that people are feeling stronger about their faith, and that they have hope once again,” Lucie Wisco, editor of social baby naming website Belly Ballot, told CNA.

The site is set up so that anyone with internet access can share the choices for their soon-to-be-born baby with friends and family via social media. Friends and family then vote on their favorites and when the voting is done the parents have a “winner,” which can help them make a final decision.

Based on the data gathered from some 3,500 parents, along with 25,000 votes of their families and friends who use the website, Belly Ballot is predicting that Biblical names will be more popular in 2014 than they have been in recent years.

Wisco said the reason this is happening “is actually quite simple.”

Over the past few years, she said, parents have been “experimenting” with baby names by “inventing names” and using “bizarre spellings.”

The return to Biblical names shows a desire to “go back to original values and traditions to find the comfort and peace once again.”

While names such as Noah, Ethan, Michael and Abigail continue to appear on the Social Security Administration’s top 10 most popular names, parents are now being drawn to less frequently used names from the Bible such as Naomi, Caleb, Judith or Levi.

Wisco even attributed this new trend to Pope Francis’ election last March, saying that naming children after Biblical characters is a way for parents to “honor” the new Holy Father.

“Pope Francis is focusing more on the need for humility, mercy and compassion, and thus bringing ordinary people much closer to the Church again,” she said.

Data from the site also shows that names ending in –den, such as Brayden or Jayden, are fading in popularity, as are names featuring the letter “x,” such as Axl or Xander.