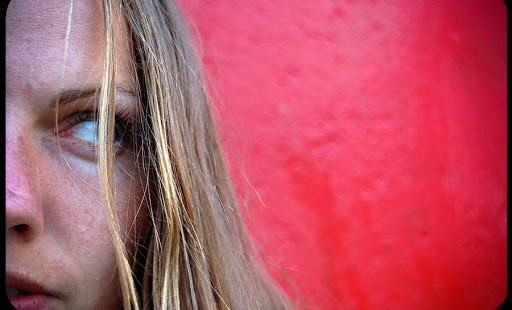 If chastity was just about avoiding sex, you’d probably be accomplishing that right now.

I have been planning to write another piece on singleness. In fact, I was going to write a piece on chastity. But then there was a shooting in Isla Vista, and I took a step back to wonder whether it was appropriate to write about chastity in light of someone who killed due to psychotic rage that took shape in his inability to “get some.”

I have decided that this is exactly the context in which we need to talk about chastity. Because while the shooter (whom I will not name and perpetuate his post mortem infamy) quite clearly articulates his unwilled abstinence, I would argue he neither possessed virginity in the way that the Church thinks about virginity, nor was he truly chaste.

Now that we have talked about nothing, let’s talk about something. Like virtue. Virtue is traditionally seen as excellence. If you possess the virtue of dental hygiene, your teeth probably sparkle. Virtue, as St. Thomas Aquinas tells us, is what disposes an agent to perform its proper operation or movement. That relies on a huge philosophical scaffolding that sums up to this: Things are supposed to do something, and if they fail to do what they intended to do, the are not excellent things in that respect. So when Comcast tells me they will be at my house “around ten-thirty” and they don’t show up due to “internal communication failures,” they are failing at their end of providing me with internet—we can say they failed because their purpose was to show up and provide me with wifi. Likewise, if you tell me you “are in a band,” you better be able to play more than Stairway to Heaven and that one Blink-182 song, bro; otherwise I would say your band will likely fail in its end. This is pretty common in our lives—we expect chairs to hold us up, doors to open, and Pinterest crafts to turn out just like thepictures.

So what about us? What is human excellence? A pretty good summary is “be perfect as your Father in Heaven is perfect,” but since that isn’t very specific, Christ gave us the Holy Spirit to inspire various members of the Body of Christ, including the illumination of our conscience, to spell these things out for us. So after lots of thought, praying, fasting, Councils, and other such things, the Church helps us spell such things out.

One of the (many) virtues that humans are called to is the virtue of chastity. As a virtue in the wholly Christian sense, disposing us to our supernatural end that is Divine Union, chastity is a virtue for all of us, though it takes different forms and expressions. Again St. Thomas helps us out by instructing that chastity lets “a man make moderate use of bodily members in accordance with the judgment of his reason and the choice of his will.”

Okay, but is this the same as not having sex? Again, St. Thomas presupposes our questions: While discussing virginity (in the sense of a vowed intention), he turns to those who may have engaged in sexual intimacy and then repented. In their case he notes that the material integrity of the sexual organs is “accidental to virginity” as an indication of the material part of virginity—not having sex—whereas  the formal aspect is the intention of the mind to not do this for God’s sake. Now, for those of us not seeking to take a vow of virginity, our chastity still bears a similar divide: the formal and material parts. Materially, it means we aren’t engaging in improper sexual activity given our state in life. Formally, it means that we do thisbecause we seek to order our sexuality as God intended it: to the spousal union and the bringing about of children, or because we have made an intended vow to give up that particular good for the sake of the kingdom of Heaven. Moreover, in a modified sense, chasity applies in marriage, where it means not having sex in the wrong way, at the wrong time, and with the wrong person, and because we seek to order our sexuality as God intended it.