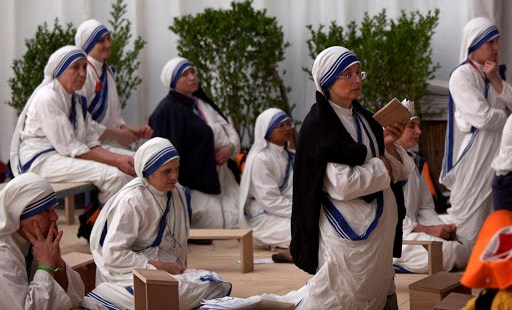 The faith of the country that evangelized the New World seems no longer on a downward spiral.

All is not lost.

The nation of Spain, which like many other Western societies, has gone through a virtual dechristianization in recent decades, is showing signs of a religious revival.

Filip Mazurczak, writing in First Things, reports on a study done by the Centro de Investigaciones Sociológicas (CIS), showing that the proportion of Spaniards attending Mass has increased from 12.1 percent to 15 percent between 2011 and 2012.

“Like Quebec, Ireland, or Boston, Spain has epitomized the fading of Catholic faith,” writes Mazurczak, who holds an MA in international relations from The George Washington University and has published in The European Conservative, Visegrad Insight, and Tygodnik Powszechny and others. “In the 20th century, religious practice in Spain fell sharply, especially as the country transitioned to democracy and resentment of the Church’s support for Franco’s dictatorship surfaced.”

The country has had one of the lowest birthrates in the world—even before Jose Luis Rodriguez Zapatero’s government legalized abortion on demand, same-sex “marriage” and the adoption of children by homosexual couples and made “express divorce” legal.

In spite of all that, or perhaps partly because of it, Catholics are returning to church. “In absolute terms, the number of Spanish Catholics attending Mass weekly grew by an astonishing further 23 percent between 2012 and 2013, according to CIS,” Mazurczak writes.

And there is a concomitant uptick in priesthood and religious life in Spain, a country that brought Catholicism to the New World in the 15th and 16th centuries. In 2013–2014, the number of Spanish diocesan seminarians increased for a third consecutive year to 1321, a steady growth from 1227 in 2010–2011, according to Mazurczak. “Active female religious orders are also vibrant—each year, about 400 Spanish girls become non-cloistered sisters, a slowly increasing number. The number of women at the Poor Clares Convent of the Ascension in Lerma has surged from 28 in 1994 to 134 in 2009,” he writes.

He takes note, too, of Spain turning away from the moral relativism of the Zapatero years (2004–2011). The government of Mariano Rajoy is pushing a bill banning abortion except when the pregnancy results from rape or threatens the mother’s health or life.

So what gives? Mazurczak dismisses several possible explanations. “Immigration cannot explain this growth in monastic and priestly vocations,” he writes. “Today, young Spaniards are leaving the country for the more prosperous parts of Latin America (especially Chile) and for Germany and Britain. Considering Spain’s massive youth emigration and the fact that the country has one of Europe’s lowest birth rates, Spain’s youth population is shrinking, so this vocations rebound is more impressive.”

Is the poor economy driving young people—including the stunning model Olalla Oliveros—into monasteries and convents, where there is, if not luxury, at least security? If that were the case, those cells would have filled up in the 1990s, when unemployment stood at 23 percent, almost as bad as today’s 27 percent.

“Yet throughout the 1990s rates of religious observance and vocations to the priesthood and religious life declined,” he writes.

Mazurczak speculates that none other than Pope Benedict XVI is at least partly responsible for Spain’s Catholic moment. After all, Benedict made three trips to Italy’s Iberian neighbor during his relatively short pontificate, including one for World Youth Day. And one of the Pope Emeritus’s favorite themes was the New Evangelization of Western societies.

Pope Francis himself will visit Spain next year, and when he does, Mazurczak writes, “he will find a struggling local Church, but one where Catholic culture is being visibly reborn.”