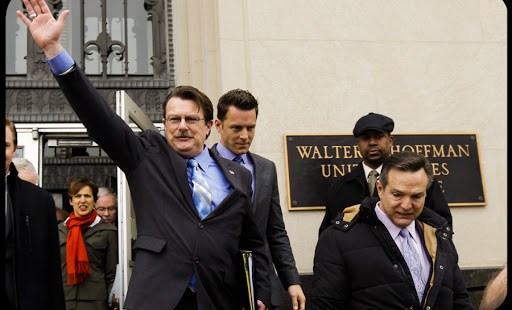 Another decision on the path to possible Supreme Court ruling.

An appeals courts’ decision to strike down Virginia’s same-sex marriage ban adds to the growing list of decrees on a hot-button issue that will likely end up being decided by the U.S. Supreme Court.

The 4th U.S. Circuit Court of Appeals in Richmond, Virginia, is the second federal appellate court to overturn gay marriage bans, after the Denver circuit, and is the first to affect the South, a region where the rising tide of rulings favoring marriage equality is testing concepts of states’ rights and traditional, conservative moral values that have long held sway.

"I am proud that the Commonwealth of Virginia is leading on one of the most important civil rights issues of our day," said Virginia Attorney General Mark Herring, who had refused to defend the state ban when he took office in January. "We are fighting for the right of loving, committed couples to enter the bonds of marriage."

Virginians voted 57 percent to 43 percent in 2006 to amend their constitution to ban gay marriage and state law prohibits recognizing same-sex marriages performed in other states, which the court said infringes on its citizens’ fundamental right to marry.

The court itself also highlighted the debate that pits moral values and the idea of equality against states’ rights, recognizing that same-sex marriage "makes some people deeply uncomfortable," but argued in its ruling Monday that those concerns are "not legitimate bases for denying same-sex couples due process and equal protection of the laws."

"Civil marriage is one of the cornerstones of our way of life. It allows individuals to celebrate and publicly declare their intentions to form lifelong partnerships, which provide unparalleled intimacy, companionship, emotional support, and security," Judge Henry F. Floyd wrote. "Denying same-sex couples this choice prohibits them from participating fully in our society, which is precisely the type of segregation that the Fourteenth Amendment cannot countenance."

The 2-1 ruling applies throughout the circuit that also includes West Virginia, Maryland, and the Carolinas, where the attorneys general split Monday on what they’ll do next.

Colorado’s gay marriage ban, passed by voters in 2006, is still the law although recent rulings in federal and state court have found it to be unconstitutional. Those rulings have been put on hold during appeals. Suthers argues the state needs to have a consistent practice on gay marriage licenses until the issue is ultimately settled.

Defenders of gay marriage bans are likely to ask for a stay pending their next appeal; otherwise, licenses could be issued to Virginia’s same-sex couples in 21 days. And once it becomes final, the decision will apply to the entire circuit, American Civil Liberties Union lawyer James Esseks said.

Gay marriage proponents have won more than 20 legal decisions around the country since the U.S. Supreme Court struck down part of the federal Defense of Marriage Act last year. Most are still under appeal. More than 70 cases have been filed in all 31 states that prohibit same-sex marriage. Nineteen states and the District of Columbia allow such marriages.