A Pro-Life “Doctor Who”? 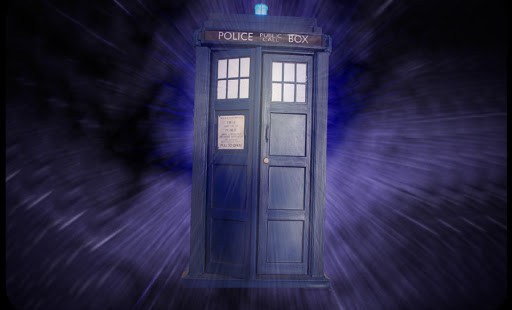 “I can’t believe what I just saw,” wrote historian Tim Stanley in the Telegraph on Thursday: “a Doctor Who episode with an anti-abortion message. Seriously.  On the BBC.”

He wasn’t the only one so stunned. Peter Williams, executive officer of London-based charity Right to Life, says that despite having serious reservations about much of the philosophy and politics that to his mind have marked the classic BBC series since its 2005 relaunch, he was “taken aback by how pro-life the last episode was.”

“Kill the Moon,” last Saturday’s episode of the 51-year-old science fiction show, saw the time-travelling Doctor and his current companion, schoolteacher Clara Oswald, visit the Moon in the year 2049, accompanied by one of Clara’s students. There, in the company of an astronaut sent to investigate lunar disturbances that are causing destruction on Earth, they discover the Moon is in fact a giant egg on the verge of hatching.

As he marvels at a sonographic image of a gigantic winged fetus, the Doctor tells Clara that what he is looking at is beautiful and unique, “the only one of its kind in the universe.” The astronaut Captain Lundvik responds with a pragmatic, “How do we kill it?” Her reasons seem sound: the moon-creature, whatever it is, is endangering the earth. They argue it out, with Captain Lundvik saying there’s no real choice if the Earth is to survive. “I don’t want to do this,” she later says, adding, “this is how it has to end.”

“It’s a little baby!” protests the teenage Courtney, with Clara insisting that, “You cannot blame a baby for kicking.”

Shortly afterwards the alien Doctor leaves the human women to make their own choice, saying that he can’t make this decision for them, and that — perhaps disingenuously, given a later aside — the President of the United States doesn’t have the experience to make it, “She hasn’t been to space. She hasn’t even been to another planet. How would she even know what to do?”

“It’s your moon, womankind,” he says, before boarding his spaceship, the TARDIS, “it’s your choice.”

After their decision is made, the Doctor returns and Clara turns on him for having left them to make their choice alone. “I had faith that you’d always make the right choice,” he says, tossing his hands in the air as he says, “It wasn’t my decision to make. I told you.” Clara sees this as nonsense, describing his abandonment of the three women as cheap and patronizing. “That was me respecting you,” the Doctor pleads.

“Oh my God, really, was it?” the tearful Clara responds, “Well, respected is not how I feel.” The Doctor might see her as small and silly and predictable, and might see other humans that way, but he has lived and shared their lives. “That is your Moon too,” she sobs, “and you can damn well help us when we need it.”

Manchester University’s Doctor Andrew Crome, editor of Time and Relative Dimensions in Faith, a book on religion and Doctor Who, cautions against treating the episode as “a straightforward abortion allegory.” There is a tendency, he told Aleteia, for Doctor Who to be “claimed” by various groups, “usually with a rhetoric of it being a secular, humanistic, progressive, left-wing show.” Such analyses, he says, while not without truth, nonetheless downplay the show’s complexity, citing a recent article that said the show has “never spoken with a single voice.”

The Den of Geek article by Nathan Paylor had related how the writer of the very first Doctor Who story was a Catholic who modelled the Doctor after St. Paul and who named one of his companions, a schoolteacher predecessor of Clara’s, after G.K. Chesterton. Listing numerous episodes, including ones in which the Doctor lays down his life for others, where the show played on religious imagery and ideas, Paylor points to “The Satan Pit” as a story where the Doctor is confronted with “something probably transcendent in origin,” and rather than forcing a naturalistic explanation, “remains open to the possibility that this is, to one extent or another, what it claims to be.”

Irish Catholic columnist Ben Conroy argues that given how the modern Doctor is a “messianic archetype,” once explicitly described as “the lonely god,” it is hardly surprising that the show reflects “modern Britain’s uneasy relationship with Christianity.” Citing one Easter season-opener where the fish-eating resurrected Doctor refuses an apple and triumphs over a serpentine villain, another where he partakes in a Last Supper before dying and then reappearing to his forlorn companions, and a Pentecostal season finale where Clara — whose full name means something like “shining divine friend” — is scattered as a life-saving presence through the universe, Conroy confesses that he does not know why such “explicitly Christian symbolism” is present.

“Perhaps it just makes for richer, more interesting stories,” he told Aleteia, “or perhaps it’s that this stuff has just sunk so deeply into our culture and the stories we tell that it’s difficult to keep out.” Drawing on Tolkien’s theories about "sub-creation," he speculates that “really excellent writers — even atheist ones — can’t keep God entirely out of their work, because insofar as they’re doing creative work, and doing it well, they’re in some way echoing God’s work of Creation.”

“Kill the Moon,” nonetheless, was a step into new territory for the show, says Conroy. “Christian symbolism and themes of redemption and resurrection are one thing — taking on an issue like abortion through a science-fiction story and coming down squarely on the pro-life side is quite another.”

Accepting that when people talk about the BBC having a mandate to produce challenging, avant-garde TV they usually mean television that agrees with their own politics, he describes “Kill the Moon” as “genuinely brave television,” for its defiance of the UK’s overwhelmingly pro-choice consensus. While Doctor Who is generally a pro-life show in the broadest sense, he said, he was shocked by “the blatant nature of the pro-life agenda in ‘Kill the Moon.’”

“This is an episode,” he said, “that not only affirms ‘choosing life’ in the face of terrible circumstances, but that ended with Clara berating the Doctor for putting her in a position where she had to make that choice!”

Although he too picked up on the “anti-abortion message” in “Kill the Moon,” Crome says that it wasn’t as “front and center” for him as it had been for others, and that “for some people it doesn’t even appear to have registered.” Interestingly, he says, pro-life interpretations of “Kill the Moon” have tended to come from American fans rather than British viewers, which makes him wonder how many people “who weren’t primed with abortion as a major political issue” would have read the show in that way.

Agreeing with Conroy that people often “look for their own politics to be mirrored back to them,” Crome says that “Doctor Who at its best raises questions rather than answers them,” and that the debates following “Kill the Moon” have been brilliant. “I don’t think anybody should be using popular culture to form their moral basis,” he says, “but I do think that it can have an important role as a resource we use to think through ethical dilemmas.”

Greg Daly  covers the U.K. and Ireland for Aleteia.