Youth Ministry: Who Needs It? 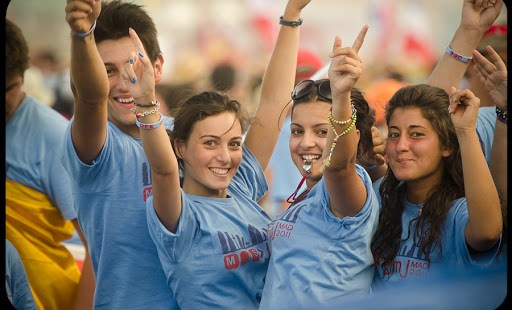 I never liked Peter Pan. Even as a little boy, I thought that a kid who refused to grow up had something wrong with him. I very much wanted to grow up and be an adult, even though the adults around seemed in no hurry to see that process come to fruition (“You’re too young to know/do/ask that!”) except when it suited them (“You’re too old for that! When are you going to grow up?”).

Yet in light of what I’ve seen in “youth ministry” events in my 25 years as a religious, and when I think of my teen years in the 70s, I wonder if we want our own young people to grow up to become mature Catholics. Not just Catholics who have reached the age of majority and still go to Sunday Mass but actually mature Catholics – faithful witnesses to the Gospel and fruitful disciples of Christ.

Based on my experience (and I’m certain readers can point to hundreds of examples of excellent youth ministry programs), I’d have to say that the strategy of many involved in parish youth ministry runs something like this: “Who knows what to do with kids these days? We’ve got to do something to keep them going to Mass (in the hopes that then they are less likely to get arrested or get pregnant) but Mass and the sacraments, and all that, they’re not … well … they’re not very entertaining … And you’re just not going to attract kids these days if you can’t entertain them! And kids have a lot of energy! So you need to entertain them in a way that allows them to get excited and jump and yell. They love t-shirts – so make sure that they get t-shirts! And pizza! They love pizza! But don’t get too ‘churchy’! They won’t like that. And don’t let anyone over 30 near them! The kids know people that old are boring and aren’t relevant. People over 30 don’t understand the kids’ phones or their music …” etc., etc.

That’s step one of the parish youth ministry strategy that I’ve seen in action. Step two might go like this: “Okay. Yes, last week all those kids were confirmed by the bishop and this week none of them returned to Sunday school or Mass, but we did our best … and besides, you can’t force them. … But it’s okay because in college there’s really exciting youth ministry and they’ll go on service trips and maybe that will keep them from taking drugs and getting pregnant. …” etc., etc.

Step three of this youth ministry strategy: “Well, ok, the kids stopped going to Mass in college, but that’s all right because that’s a time for exploring, discovering and rebelling. But after college they’ll get married in the Church (we hope – maybe we can get Grandma to threaten to disinherit them otherwise) and then, we probably won’t see them after the wedding until they have kids and they want to get the kids baptized. And then we can start the youth ministry process all over again …” (except that if young people are getting married at all, it’s less likely they’ll marry in the Church and even less likely their kids, if any, will be baptized.)

Do I exaggerate? Only slightly. Let me prove it: About ten years ago I saw an advertisement for a parish event:  “AN EVENING OF ADORATION AND EXTREME PRAISE!” The featured person (Speaker? Performer? Evangelist?) of the event was a (white) “Christian rapper” whose web site described his lyrics as “ghettolicious.” (Whatever “ghettolicious” meant, I did find that at least one of his CDs was labeled for “explicit lyrics.”) Curiosity got the better of me, so I drove to the large, upper middle-class, suburban parish to see how this event would “make it real” for the teens of the parish.

In the foyer of the parish church that night was a cluster of parents standing at tables hawking wares, including CDs of the Christian rapper and t-shirts that declared: “JESUS IS MY HOMEBOY.” I wanted to cry for those poor parents. They were clearly well-intentioned, uncomfortable and desperate. I doubt they knew what the shirt meant or liked the music they were selling (perhaps recalling George Will referring to rap music as “pathetic verbal slouching”); they seemed embarrassed to see me, another adult, observing what they were doing. They looked at me pleadingly as if to say, “I don’t understand this either, but at least my kid is in church right now and that means he’s not having sex!”