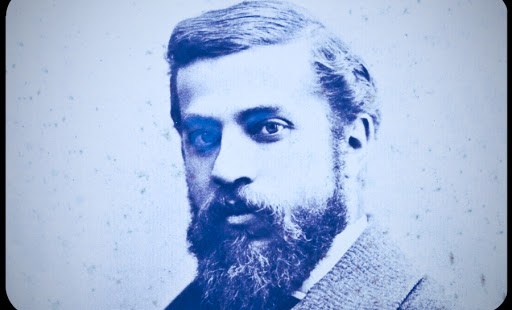 A conversation with José Manuel Almuzara, president for the Association for the Beatification of Antoni Gaudí

In October, Almuzara participated in the Gaudí First World Congress in Barcelona. Almuzara spoke  about the Gaudí that few people know—a man who lived with his eyes on eternity, a saint, a model of Christian virtues.

Is there a miracle yet for his beatification? A date?

We have presented several miracles, but for the moment nothing has been proven.  God willing, it will happen next year.  Before going to see the Pope in March, I was with the relator of the cause for beatification and with the postulator. I asked her, “When do you think he could be declared venerable?,” and she told me that it would probably be in 2015, before or after the summer.

She asked me what date I would like.  I commented that the date of his birth and the date of his death are both in June. Later in the year, November 3, is the day that Gaudí took charge of the design of the Church of the Holy Family. To declare him venerable is to declare that this man is worthy of veneration in private devotion due to his life and the facts that have been studied about him.

Is Antoni Gaudí a local architect, or a creator who can be promoted world-wide?

I can summarize it with a phrase from Pope Benedict XVI: “Creative architect and practicing Christian.” Just exploring this title would be enough. The creativity of an architect is of interest to the whole world.  And what can I say about there being a practicing Catholic among the 1.2 billion people in the world? The more of us who practice our faith, the better…

From a professional point of view, we can offer him as a model for architects—as a man and as a Christian, a universal man.  From an architectural perspective, his architecture is original, and is based on nature.  He is also a pioneer from a human perspective, in the way he treated his workers, how he cared for his family, and in the coherence of his character and personality.

Gaudí said that work is the fruit of collaboration: and this collaboration should be based on love. An architect has to know the qualities of each of his collaborators. In this way, what matters is to discover what each person is good at, as no one is useless.

And so, if Joseph was taller than Jack, he would be better at certain things.  That particular worker would be happier using his personal resources, his way of being, apt for that specific kind of work, and the final result will be better.

As a consequence of this way of thinking, Gaudí pays homage to the workers in the Holy Family, in a place where it will go unnoticed, between the cloister and the lateral naves of the church. There, some patios are formed and in the keystones of the arches, Gaudí installs a sort of upside-down isosceles trapezoid. In the lower part, he places the tools used by each of his workers.

With this detail, he tells us that without them he could not have carried out the work. Thus, he unites the human with the divine. Exemplary, isn’t it? And it is an indicator of who he was, just like his [habit of] carrying a Rosary in one pocket and hazelnuts in the other.

Hazelnuts? What were the hazelnuts for?

To feed the body, and the Rosary was for feeding the soul.

Did Gaudí have a mission? He went on spiritual exercises before beginning his masterpiece.

Before beginning the Holy Family, in the manuscripts that he writes in Reus shortly after graduating with his degree in architecture in 1878, he already says that for an