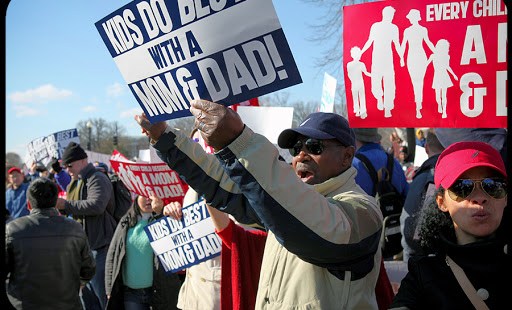 It’s not over no matter what our opponents say

For months after the Supreme Court abruptly legalized abortion in its Roe v. Wade decision of January 1973, people who welcomed the result repeatedly declared that the struggle over abortion had now come to a close. The Supreme Court had spoken, the matter was settled, and prolifers could pack up and go home.

Some of the people saying that probably believed it, and for others it was wishful thinking. But in still other cases a different motive appeared to be at work. Declaring the fight ended was a way — so those who said it hoped — of causing abortion opponents to quit. The tactic failed. Four decades later abortion remains a red hot issue in America.

It’s worth recalling this bit of history when considering the currently popular line about the culture war. That war is over, it’s said, and the culture warriors fighting for traditional values should recognize its ending and accept the fact that they lost. Those of their opponents who persist are somewhere between troublesome and dangerous and should be suppressed.

This recently was an undertone of some coverage of the appointment of a new Archbishop of Chicago. According to this story line, Cardinal Francis George, retiring due to age and ill health, was an active participant in the culture war, but his successor, Archbishop Blase Cupich, wouldn’t follow suit. And good for him.

I have no idea how either man, Cardinal George or Archbishop Cupich, sees himself in relation to the culture war, but that isn’t the point. The point, rather, is that, much like the claim that Roe v. Wade had settled the abortion issue, so these claims about the culture war are best seen as tactics in the war itself. They didn’t work back in 1973, and there’s no reason to think they’ll work now — unless of course traditional values people have fallen asleep at the switch.

To be sure, there are bad ways of waging the culture war. Personal abuse is one of them. But conservatives are by no means the only ones who abuse opponents. Culture warriors on the left are famously nasty at the expense of those they disagree with. Sometimes the nastiness is visible at very high levels.

Writing for the Supreme Court majority which last year overturned the Defense of Marriage Act’s key section recognizing only heterosexual unions as marriages, Justice Anthony Kennedy declared bigotry to be the source of opposition to same-sex marriage. Earlier this year, U.S. Circuit Judge Richard Posner, a prominent liberal jurist, overturned gay marriage bans in Indiana and Wisconsin in a decision that even media called remarkably sarcastic at the opponents’ expense.

Now consider: in a recent address calling for “a new human ecology,” Pope Francis declared that children “have a right to” parents of both sexes — “a father and mother capable of creating a suitable environment for the child’s development.” So is this pope of forgiveness a bigot?

Moral conservatives have at least two good reasons to persist in the culture war over issues like abortion and same-sex marriage.

One is defending moral truth as the indispensable underpinning of values like the sanctity of innocent life and the uniqueness of heterosexual marriage. Take away these pillars and society is critically destabilized.

The other is defending their own right to a secure place in the ongoing public debate about morality and public policy. For it’s disturbingly clear that the coercive instincts of the liberal culture warriors will be to punish traditionalists and impose silence on them if they get the chance.