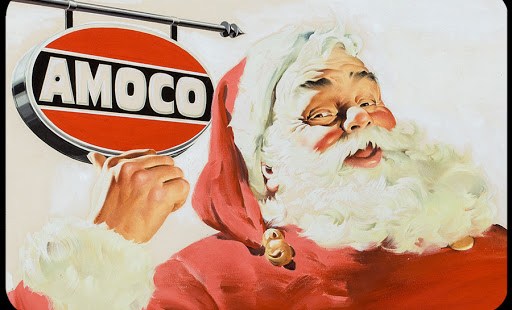 How to keep the ads from ruining your holiday

Christmas is coming, and by now the geese are plenty fat. Halls are decked and lights are twinkling. Reminders of the approaching day fill our stores and neighborhoods. Christmas is all around us, or so it would seem.

Some of us enjoy this. Some of us don’t. Many people find the relentless cheer and merry-making to be oppressive, especially when it seems more focused on treats and toys than on Jesus Christ. Complaints about the “commercializing” of the holiday are now almost as ubiquitous as the decorations themselves.

It’s understandable that people should become irritated when it feels like shopping malls are appropriating a major Christian feast. You shouldn’t let it ruin your holiday, though. Here are some tips to making sure it doesn’t.

Complaints about Christmas commercialism are, to my mind, frequently overwrought. Nevertheless, there is a legitimate underlying concern. A season of giving implies a season of receiving, and the world of commerce is quite happy to milk that for all it’s worth. From every side we are bombarded with propaganda, telling us about all the new and expensive things we’ll need to make this Christmas memorable.

Most of us are at least a little bit vulnerable to these suggestions, perhaps more than we like to admit. We do want Christmas to be special, and we get caught up in the trivial details. Then, against this backdrop of wanting, we open the New Testament on Christmas Eve to be reminded that just like last year, there is no room left for the true guests of honor. The focus on “stuff” has crowded out the truly Good News of Christmas.

It’s a genuine worry. But, even just being aware of the danger should make it more avoidable. In the end, the siren song of advertisement really shouldn’t be so irresistible as to call for beeswax or blindfolds. Take some time to figure out what you want to be the focus of your family’s Christmas. Then treat the public, commercial celebration as the background noise that it properly ought to be.

2. Laugh at the shallowness of commercial ploys.

You already know what advertisers want: your money. They normally have but a few fleeting seconds in which to give you their “hard sell.” As a result, most advertising ploys are childishly transparent. Five seconds’ reflection is often enough to diffuse their hold. So, don’t grind your teeth. Instead, find the humor.

Personally, I love the Christmas car commercials, in which a lucky man or woman steps out onto a snow-dusted front porch to witness the Christmas surprise of a lifetime: a luxury car. Now, ask yourself. How many people actually want their spouse purchasing a car with no prior consultation? It’s ridiculous. I realize there’s a genuinely insidious element to this, because those silly commercials probably do make some people suddenly feel that their own pile of lovingly selected, carefully wrapped gifts is shabby.  That’s sad. But you don’t have to be that person. Cherish the absurdity instead.

One more thought in this vein: Christmas diamond commercials. Could they be any more ludicrous if they tried? You can’t parody this stuff.

Yes, the Christmas season can spur an unhealthy coveting of goods. But there’s something grimly glass-half-empty about dwelling too much on this element. After all, a season of receiving does also derive from a season of giving. Isn’t there something to be said for the generous, magnanimous impulses that make it worth advertisers’ while to generate the above-mentioned shameless appeals? For the unvarnished yearning for togetherness and love and magical family memories?

Some people come to hate Christmas precisely because they feel that it can never measure up. The rosiness of Christmas expectations throw a particularly painful light on their own loneliness or personal failure. That’s a hard thing (which, however, may for some be food for a different kind of Christmas joy), but even that testifies to the overwhelming desire that most of us have at Christmas for togetherness and community and love. Don’t let the “taking” side of that equation overshadow completely the goodness of the giving.