Saddle-Up your High Horse! Time to Shoot Down Myths about the Crusades, the Inquisition & the War on Women 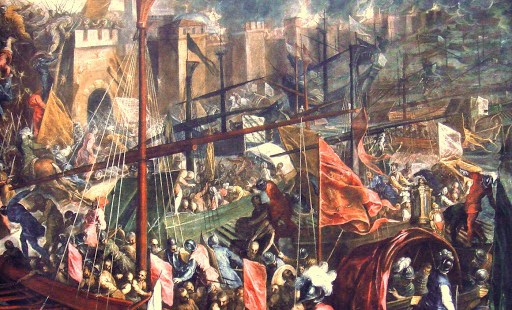 Much later, however, when Inquisitions were taken over by civil authorities, the forgiveness and mercy shown by the Church no longer prevailed.

“The War on Women” Redux

The “War on Women” is included here as the latest baseless canard against the Church. Because Catholic teaching opposes abortion and contraception, the Church has become the prime target of radical feminists, progressives, libertines, academia, the media, the Administration and others.

When Pope Emeritus Benedict XVI stated that condoms were not the solution to the AIDS crisis in sub-Saharan Africa, he was called “horrifically ignorant” and was blamed for the continent’s AIDS deaths (as if all AIDS deaths were occurring among observant Catholics who rejected condoms in obedience to Church teaching — the very group at lowest risk of AIDS as they’d be likely to abstain from sex before marriage and remain faithful to their spouse).

In the last election cycle, candidates who defended the religious freedom of Catholic institutions and individuals to not be forced to provide “benefits” they considered immoral, on First Amendment grounds, were also part of the “war on women,” a false narrative that some believe will be resurrected in the next election cycle.

Obamacare, and not the Church, is in many ways the real villain in the “war on women.” Contraceptives, abortifacients and sterilization all serve to disrupt the healthy functioning of a woman’s reproductive system and carry numerous risks, not the least of which is this: A  2011 survey looking into “work/life balance,” found that the unhappiest profile among white-collar workers is “a 42 year old, unmarried woman with a household income under $100 thousand, working in a professional position (i.e. as a doctor or a lawyer).” Yet, the sterile career woman — unencumbered by husband and kids — is precisely the model to which that the National Organization for Women and the Fund for a Feminist Majority think women should aspire.

There’s another obvious reason why critics of the Catholic Church should find a different target for their vitriol. The Church is arguably the single largest charitable organization on planet Earth — feeding, clothing, sheltering, healing, educating, and ministering to the needy of the world for almost two millennia.

So is it too much to expect that the President and media would do a little fact-checking from time to time?