An Internet Parable: “Is This All There Is?” Said One Fetus to Another 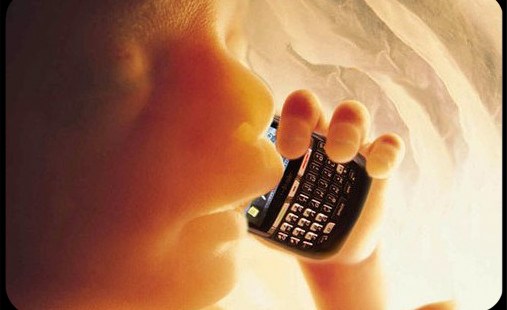 In sentence #2 the believing infant says, It seems we are obviously here to prepare ourselves for what we will be later and that we have capacities that are meant for something greater than here. This translates to the fact that, as Scripture says, God has put the timeless in our heart (Eccles 3:10). In other words, we can universally imagine concepts outside of the physical word and our experience, such as the timeless, and the concept of perfection is an indication that we are called to know, see, experience, and “walk” in these one day. The infants in the womb have eyes that are made for the light, but they cannot see while in the womb. But their eyes point to the purpose for which eyes are made. Their legs are made to walk, and thought they cannot walk now, their legs point to the reality for which they are made. That our desire is infinite points to the fact that there is some One who exists to fill that desire. This logic of a capacity pointing to a fulfilment of its object is taken up in sentences #4 and #6 as well.

Sentence #5 addresses the “wishful thinking” charge. The fact is that so-called “wishful thinking” imposes demands that move beyond merely trying to please myself with wishful thoughts. Thus, if I have legs and can one day walk, I must develop that skill and then take the risk of walking. If I can see, then I must accept the responsibility of one who sees and make changes in my life based upon it. Thus the Christian vision of eternal life and a higher call are not just wishful thoughts; they are demanding thoughts. They impose on us a requirement to prepare for and strive for higher things.

Sentences #9 and #11 take up the argument that if I can’t see something with my physical eyes or weigh it on a scale then it doesn’t exist. But of course many things exist that cannot be seen. I cannot see my thoughts per se. Neither can I see justice with my eyes. I can see their effects, but I cannot see them. It is like this with God. His effects are everywhere evident in what He has made, as is the intelligence and reason with which He made them. That things work predictably and in an orderly way is the basis of the scientific method. Some intelligence ordered all this with logic and suffused it with an intelligence that is intelligible. So I do not see God, but I see His effects, just as I do not see my intelligence or thoughts but do see their effects.

Sentence #10 reminds us of the fundamental question that most materialists and atheists refuse to answer: Why is there anything at all? We argue that things exist as coming from the One who is Existence Itself. But how does an atheist argue the effect of existence? Whence its cause?

Sentence #12 reminds every believer that he must be able to render an account for the hope that is in us (1 Peter 3:15). Indeed, I will testify that when I still my soul, I do hear God’s heartbeat. I see Him in what He has made. And when I pray, I am heard. He is changing my life and I cannot account for the new man I am except that God lives and is changing me, molding and fashioning me into the man He has made me to be. I have tested His word and found it to be true. He lives and so I live!

Msgr. Charles Pope is the pastor of Holy Comforter-St. Cyprian in Washington, DC. He attended Mount Saint Mary’s Seminary and holds Masters degrees in Divinity and in Moral Theology. He was ordained in 1989 and named a Monsignor in 2005. He has conducted a weekly Bible Study in Congress and in the White House, for two and four years, respectively.