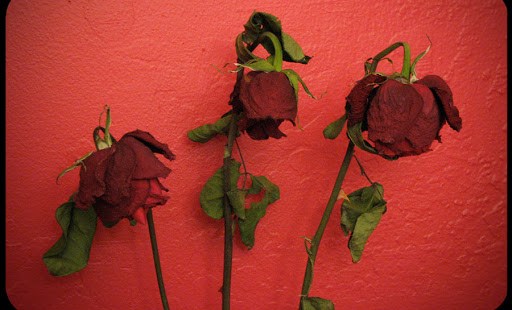 Get ready to say goodbye to your first Amendment freedoms

I am one of six adult children of gay parents who recently filed amicus briefs with the US Supreme Court, asking the Court to respect the authority of citizens to keep the original definition of marriage: a union between one man and one woman to the exclusion of all others, so that children may know and may be raised by their biological parents. I also live in Canada, where same-sex marriage was federally mandated in 2005.

I am the daughter of a gay father who died of AIDS. I described my experiences in my book: Out From Under: The Impact of Homosexual Parenting. Over fifty adult children who were raised by LGBT parents have communicated with me and share my concerns about same-sex marriage and parenting. Many of us struggle with our own sexuality and sense of gender because of the influences in our household environments growing up.

We have great compassion for people who struggle with their sexuality and gender identity—not animosity. And we love our parents. Yet, when we go public with our stories, we often face ostracism, silencing, and threats.

I want to warn America to expect severe erosion of First Amendment freedoms if the US Supreme Court mandates same-sex marriage. The consequences have played out in Canada for ten years now, and they are truly Orwellian in nature and scope.

In Canada, freedoms of speech, press, religion, and association have suffered greatly due to government pressure. The debate over same-sex marriage that is taking place in the United States could not legally exist in Canada today. Because of legal restrictions on speech, if you say or write anything considered “homophobic” (including, by definition, anything questioning same-sex marriage), you could face discipline, termination of employment, or prosecution by the government.

Why do police prosecute speech under the guise of eliminating “hate speech” when there are existing legal remedies and criminal protections against slander, defamation, threats, and assault that equally apply to all Americans? Hate-crime-like policies using the terms “sexual orientation” and “gender identity” create unequal protections in law, whereby protected groups receive more legal protection than other groups.

Having witnessed how mob hysteria in Indiana caused the legislature to back-track on a Religious Freedom Restoration Act, many Americans are beginning to understand that some activists on the Left want to usher in state control over every institution and freedom. In this scheme, personal autonomy and freedom of expression become nothing more than pipe dreams, and children become commodified.

Children are not commodities that can be justifiably severed from their natural parentage and traded between unrelated adults. Children in same-sex households will often deny their grief and pretend they don’t miss a biological parent, feeling pressured to speak positively due to the politics surrounding LGBT households. However, when children lose either of their biological parents because of death, divorce, adoption, or artificial reproductive technology, they experience a painful void. It is the same for us when our gay parent brings his or her same-sex partner(s) into our lives. Their partner(s) can never replace our missing biological parent.

The State as Ultimate Arbiter of Parenthood

Over and over, we are told that “permitting same-sex couples access to the designation of marriage will not deprive anyone of any rights.” That is a lie.