The Problem With “Mary Did You Know” 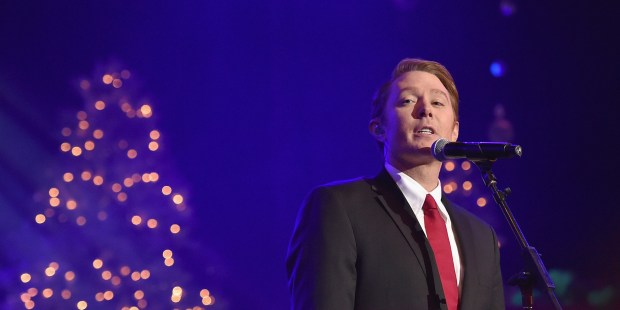 The hymn that cancels Christmas

Can a hymn cancel Christmas? Can the lyrics of a song, if true, make Christmas not true — that is to say, un-real? Oh, yes!

Now, it is a given that honorable people may disagree about which piece of music is more suitable to reverence the birth of Christ. (I myself prefer Handel’s Messiah to “The Little Drummer Boy.”) And while there are any number of “secular” Christmas songs that ignore Christ altogether, they are just distractions. What I have in mind is a song that, if taken seriously, makes impossible what Christians celebrate at Christmas. I might even call that song a “hymn” because I once heard it sung in a parish at Christmas Eve Mass. I am writing about it now for that reason, and also because I’ve heard so many Catholics speak so effusively about it, especially when it is sung at Christmas masses. I’m speaking of a song made popular by former American Idol star Clay Aiken: “Mary Did You Know?”

While the song has the merits of prompting its hearers to reflect on Mary beholding her Divine Son, lines from the very first stanza actually bring Christmas to a screeching halt. Here are the problematic lyrics:

“Did you know that your Baby Boy has come to make you new? This Child that you delivered will soon deliver you.”

Now, those lines make sense if Mary is another sinner just like us, who needs to be delivered from sin. You see, if Mary is a sinner who like us needs a savior, then the lyricist’s play on the word “deliver” (sense 1: “deliver” = “give birth”; sense 2: “deliver” = “liberate from sin”) is both clever and theologically sound. But if Mary is a sinner in need of a savior, then she cannot be the worthy vessel in whom the All-Holy God takes on human nature as the Word-Made-Flesh. In other words the lyrics depend upon the dogma of the Immaculate Conception being false. If Mary needs a Savior, then she cannot be the vessel of the Incarnation. And “No-Incarnation” = “No-Christmas.” How ironic that a song sung with so much gusto as a Christmas hymn logically precludes what it claims to celebrate!

Let’s take a look at the Apostolic Constitution, Ineffabilis Deus, promulgated by Pope Pius IX on December 8, 1854, which defined the dogma of the Immaculate Conception. Pius begins by summarizing this ancient doctrine: “From the very beginning, and before time began, the eternal Father chose and prepared for his only begotten Son a mother in whom the Son of God would become incarnate and from whom, in the blessed fullness of time, he would be born into this world.” Mary was not, and could not have been, just any woman, just any sinner, selected by God to be the mother of His Only Begotten Son.

Pius reflects on the dogma of the Immaculate Conception in a way that shows that sound theology can be eloquent, even poetic:

The Virgin Mother of God would not be conceived by Anna before grace would bear its fruits; it was proper that she be conceived as the first-born, by whom ‘the first-born of every creature’ would be conceived. They testified too that the flesh of the Virgin, although derived from Adam, did not contract the stains of Adam, and that on this account the most Blessed Virgin was the tabernacle created by God himself and formed by the Holy Spirit … she is beautiful by nature and entirely free from all stain; that at her Immaculate Conception she came into the world all radiant like the dawn. For it was certainly not fitting that this vessel of election should be wounded by the common injuries, since she, differing so much from the others, had only nature in common with them, not sin. In fact, it was quite fitting that, as the Only Begotten has a Father in heaven, whom the Seraphim extol as thrice holy, so he should have a Mother on earth who would never be without the splendor of holiness.

How much more beautiful, sublime, and awe-inspiring is the Immaculate Conception as the prelude to Christmas — far more so than the well-intentioned but erroneous sentimentality of the lyrics of “Mary Did You Know?”

Pius sums up the dogma of the Immaculate Conception with this definition:

We declare, pronounce and define that the doctrine which holds that the most Blessed Virgin Mary, in the first instance of her conception, by a singular grace and privilege granted by Almighty God, in view of the merits of Jesus Christ, the Savior of the human race, was preserved free from all stain of original sin, is a doctrine revealed by God and therefore to be believed firmly and constantly by all the faithful.

We are now in the second week of Advent. Prepared or not, we will soon find ourselves in the Christmas season. To find the truth of Christmas, to find the great gift of God which is the real “reason for the season,” we cannot avoid, forget or deny the dogma of the Immaculate Conception. No piece of music, not even Handel’s Messiah can express all of the wonder of Incarnation and the glory of Christmas. Silly, secular songs can distract us from Christmas. Some songs, like “Mary Did You Know,” even if very affecting in a sentimental way, actually preclude Christmas. This Christmas season, let’s give our family and friends the gift of Christmas truth. “O Mary conceived without sin, pray for us who have recourse to thee!”

When I write next, I will speak of Advent as a time of forgiveness. Until then, let’s keep each other in prayer.

See Fr. McTeigue’s column in which he responds to readers’ comments to “The Problem With ‘Mary, Did You Know?'”