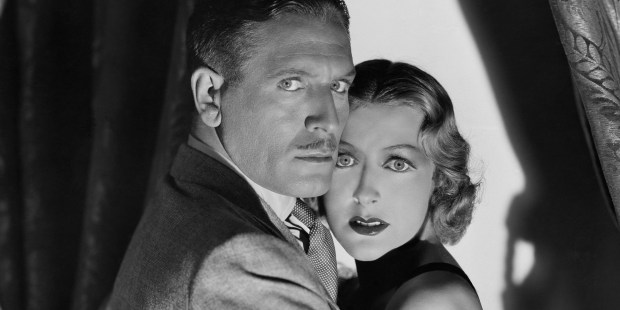 … and how to correct them

The enemies of the Church often do not hate the Church: they only hate what they erroneously believe to be the Church. – Ven. Fulton Sheen

I am convinced that there is something truly diabolical about the rage that Mother Teresa engenders in her critics. Recently I wrote an article defending Mother Teresa against the lies that have been spread about her and, inevitably, the comment section quickly filled with nasty and vicious attacks against Mother Teresa. I stopped looking at it after a few regrettable visits.

There are strikingly few criticisms of Mother Teresa that are not rife with vitriol and unadulterated wrath. There are more objective and emotionless articles among those criticizing the Church’s handling of the sex abuse crisis, (something much more deserving of rage), than of those that criticize Mother Teresa. It’s downright disturbing.

The Church has plenty in its history that is deserving of criticism but it is often the tired anti-historical lies that are raised by “scholars” and ordinary people alike. After this experience, I thought to myself, what other things do people believe simply because our mainstream, increasingly anti-Christian culture (with deep roots in anti-Catholic bigotry) insists they are true?

Here are some lies about the Catholic Church that you, or someone you know, might believe:

1. Was Pope Pius XII “Hitler’s Pope”? After World War II, tributes to Pope Pius XII flowed into the Vatican, including from several Jewish organizations. He was almost universally admired for his efforts to help Jews during the war. But the tide of popular sentiment began to change in the 1960s because of a play called The Deputy, which was written by a German Protestant playwright and seen all over the world. In the play, Pope Pius XII is portrayed as a greedy villain who was completely indifferent to the plight of the Jews. In 1999, a bestselling book, Hitler’s Pope, accused Pope Pius XII of being an anti-Semite who was in cahoots with Hitler. Both The Deputy and Hitler’s Pope influenced the common mindset considerably. Whether Pius XII should have or could have done more is open to debate, but the high level of critique that he has received is commonly understood, by those who bother to do the research, to be clearly fallacious and unfair. (More information: Jewish source, Catholic source)

2. Were the Crusades Christian Terrorism? President Barack Obama opened this can of worms (or reopened it for the umpteenth time) when he likened ISIS atrocities to the Crusades, basically insinuating that the current carnage is a defensive response to a pattern of aggression that Christians began. Historians pointed out that the comparison was inaccurate, primarily because the Crusades were defensive. Also, it is only relatively recently that Muslims, including Al Qaeda and ISIS, have recast the Crusades with Muslims as the victims. History is complex and the Crusades are no exception. There were atrocities on both sides. But when people jump on the simplistic, black-and-white “Let’s vilify the crusaders” wagon and cast Muslims as the continuing victims of Christian aggression, they are jumping on the wagon with some pretty unsavory people who are using this myth to justify horrific violence. Not to mention it is simply not accurate. (More information: 4 Myths, Why Obama Was Wrong, Against Crusade Apologias, The Case Against the Case Against the Crusades)

3. Is the Catholic Church Anti-Science? Ask most people what they think of when they think of the Catholic Church and science and you’ll most likely hear, “Galileo!” The Catholic Church can’t quite get past that controversy despite the fact that science owes so much to the Church and Catholic scientists. Plus, the Galileo controversy is (surprise surprise) a little more complicated than most people think. Anyway folks, the Catholic Church is not anti-science. Big bang theory? A priest came up with that. Pioneer of genetics Gregor Mendel? Augustinian friar. The list goes on an on. In short, this one is pretty much entirely false but it is a lie that continues to perdure and is quickly gaining traction, as Katie Couric’s recent gaffe demonstrates. (The Myth of Catholic Irrationality, A War Between Science and Religion?)

Obviously, this is not a comprehensive list of the lies and misinformation out there about the Catholic Church. But as someone who used to roll my eyes when my theologian father would defend the Crusades, I know firsthand how the prevailing culture can color our views of the Church. And it is up to us to get the facts. Chances are, the facts will bring nuance to our views and help us defend the Church from simplistic attacks.

If you are interested in learning more on these topics, Dr. Rodney Stark, a Baptist historian, recently wrote a book called Bearing False Witness: Debunking Centuries of Anti-Catholic History. In it, he corrects some of the lies about the Catholic Church that have made their way into standard history by way of people he calls “distinguished bigots.” In a culture that is increasingly anti-Christian, the rest of our Christian brothers and sisters would do well to follow in Dr. Stark’s footsteps. Because, like it or not, in secular culture a Christian is a Christian, without room for much distinction.

Finally, by defending the Church I am not advocating defending the indefensible. There is no need to whitewash Church history. There are skeletons in our closet and that is a fact. No institution run by humans for centuries can escape an abundance of scandal and sin. But in a culture that increasingly attacks our faith, Catholics do not have to lie down every time someone attacks the Church with stereotypical and simplistic arguments. There is no passage in the Bible that tells Christians we have to be doormats. We don’t have to get worked up defending the truth, but we can point out when others have it wrong, if only to correct the lies that are spreading, and spreading quickly.

What are some lies about the Church that you have encountered, and how have you responded?