5 Things I promised I would never say to my kids 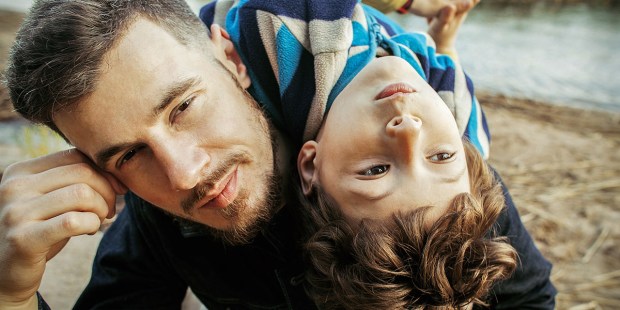 No, I’m not living up to the ideals my 10-year-old self developed in response to the trauma of parental tyranny

All of us were kids at one time, and all of us heard our parents say things that drove us nuts. We can all look back on moments where we promised our younger selves that we would never say anything quite so ridiculous to our future children.

Then we grew up.

I have now been placed in the same situations my parents faced, and despite all of my best intentions, I must admit to having used the same annoying lines on my kids. Only now, they are wisdom.

I have said plenty of things to my kids I wish I could take back, but these five stand out as my most cringeworthy…

If you don’t stop that right now, I’m going to pull this car over!

On a recent 920-mile road trip (round trip), I said this one in updated forms, like “If you don’t stop, I’m going to drop you off on the side of the road!”

Obviously, I was never going to pull the van over, much less drop him off, and he knew that. But, man, being locked in a minivan with three kids for over eight hours can really wear on your nerves. There are only so many snacks you can toss back, so many videos your iPad can hold, and so many times you can re-listen to Frog and Toad before threats must happen.

I don’t care if you think Mass is boring, Jesus died for you and you have to go!

I was an altar boy from a young age and never missed a Mass until I went to college. Once I reverted and learned the answers to my questions, I promised myself I would provide adequate explanations to my children for everything we do as Catholics. My explanations would be clear, concise, and guaranteed to keep them close to the faith.

So, when all three kids refused to put on their shoes and get going because “Mass is so boring!” that was my cue to explain the beautiful truths of the Eucharist, nicely adapted to a four-year-old level. Cue missed, I managed, “I don’t care if you think it’s boring, you have to go, and that’s that!

Only time will tell if this approach ends up being effective. I have my doubts.

As a child, I was sure my parents were making up rules just for the sake of having authority over me. My six-year-old now believes this. The other day he responded to a simple request with, “You guys are treating me like I’m your slave!”

We’re really not. It’s entirely reasonable to tell our kids not to yell in the library because people are trying to read, and that we don’t place live chickens on table tops where people eat their meals. But I find myself looking, as my parents did, for short cuts to reason.

I don’t think our kids are buying it.

How many times did my 90s fashion trends lead to my mom refusing to “let me leave the house dressed like that”? As a teen I promised myself I’d let my children express themselves through their clothing choices, and put no limits on them.

Yeah. As a parent, I’m constantly turning my children around to give getting dressed another shot. If you’re trying to rock Lightning McQueen sandals with socks, or a Spiderman costume complete with the mask, you’re not going out like that.

Finish the food on your plate! There are poor kids who would love to have that spinach!

I can remember it as if it were yesterday: My dinner plate was completely cleared outside of a scoop of lima beans, the worst of all beans. My parents had already cleaned up the table and retired to the living room to watch Roseanne. They let me know I could leave the table as soon as I finished my vegetables.

It took an hour. The trauma inflicted on me should be clear, given I remember this event so clearly so many decades later, and I just can’t get close to St. Rose of Lima. As a child, I fumed that my children would be able to choose what foods they liked, and politely pass on those they would rather not have.

And now, here I stew, raising children who refuse to eat pasta because it has sauce, or who will not eat a simple PBJ because the peanut butter is touching the jelly. I creatively offer them two options for their refined palates: take it or leave it.

And yes, I have definitely reminded them that there are many millions of children less fortunate than they who would gladly put that PBJ together and eat it. With the crusts still on, too.

No, I’m not living up to the ideals my 10-year-old self developed in response to the trauma of parental tyranny. But I apologize for nothing. One day my children will parent my grandchildren, bellowing at them, “Because I said so, that’s why!”

And I will not care. I will be the grandfather who serves the sandwich open-face and shows them how to discreetly slip lima beans to the dog.