Is your teen watching ’13 Reasons Why’? Here’s why you should be concerned 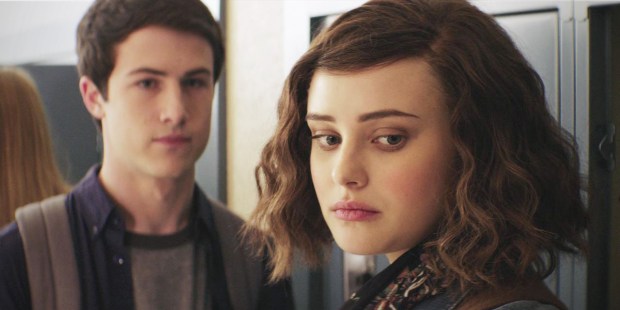 Some schools say Netflix series glorifies suicides and advises parents not to let their kids watch.

Heard of 13 Reasons Why? Your teen sure has.

Netflix doesn’t track ratings, but no matter: there’s little question that its new drama is a full-blown social phenomenon. More than 11 million tweets have been fired off about 13 Reasons Why since its March 31 debut — the most of any 2017 program — and even though many teens have already watched it all, most are still discussing every tragic twist and turn the show spooned out.

If so, you should probably be part of the talk. And if your child or teen hasn’t watched it, you might want to keep it that way. For some who watch it, 13 Reasons Why won’t be simply another teen drama. It might be downright dangerous. Why? And why have teens gobbled it up so readily? I have the answers for you.

13 Reasons Why opens with a grim finality: High schooler Hannah Baker killed herself. Her friend, Clay Jensen, is consumed with grief and, in some measure, guilt. Could he have done more? Could he have prevented Hannah’s death?

And then he receives the tapes — old-school cassette tapes made by Hannah herself, detailing her reasons for taking her own life. Each side of a cassette (13 in all) is dedicated to a different person in her life, a person who pushed her closer to suicide. And here’s the kicker: If you’re sent the tapes, you’re one of those people.

Based on the bestselling book Thirteen Reasons Why by Jay Asher, the Netflix show touches on plenty of incredibly timely, incredibly difficult issues: bullying, rape, rumor, and suicide, to name just a few. Superstar Selena Gomez, an executive producer for the show, was drawn to 13 Reasons because, as she told CNN, it “hits very close to home.”

It will hit home for many other teens, as well, because …

Gomez is behind, technically, one of the better teen dramas out there. The writing is strong. The actors are believable. Yes, it has its moments of melodrama, but let’s face it: For most of us, high school is melodramatic. I think that many a high schooler would look through the doors of Hannah’s high school and see themselves walking its halls. Despite all of its discomforts — or perhaps because of them — it feels familiar.

But here’s the thing: It’s one thing to deal with the realities of high school in high school. It’s another to saturate yourself with those same “realities” as entertainment. Even looking at the show superficially, plenty of parents would have problems with 13 Reasons’ sometimes graphic sensuality and violence. And sometimes the two blur together in horrific ways. Three episodes depict sexual assaults. Several more either show students harming themselves or the scars that result. Among all the tweets flying around about the show, some are lists of “trigger warnings” — cautions to protect the minds and hearts of teens particularly sensitive to scenes of rape or self-harm.

All this culminates in Hannah’s final act: Her painful, incredibly graphic suicide in the final show. And that brings us to by far the show’s most troubling problem.

For many experts, it feels dangerous

Suicide, and thoughts of suicide, are an inescapable part of high school life. It’s not that every teen is suicidal, but most teens know someone who says they are. Suicide is the third-leading cause of death among teens (behind accidents and murder).

Even more troubling: Suicides can be imitative in youth communities. According to a study published in 2014, news coverage of suicide is linked to increased rates of suicides and suicide attempts later. The more prominent the story and the more graphic the coverage, the more likely suicides would follow.

Given the popularity of 13 Reasons Why and the graphic — some would say even instructional — nature of the suicide, no wonder the show has experts worried.

Several middle schools and high schools have sent home warnings about the show to parents, their concern perhaps spurred on by a recent missive from the National Association of School Psychologists.

“We do not recommend that vulnerable youth, especially those who have any degree of suicidal ideation, watch this series,” the document says. “Its powerful storytelling may lead impressionable viewers to romanticize the choices made by the characters and/or develop revenge fantasies.”

Read more:
What depression taught me about being a burden — and helping others bear theirs

Indeed, Dr. Victor Schwartz, medical director of the JED Foundation, a youth mental health organization, told NBC News that the whole show is “an extended revenge fantasy.” He says 13 Reasons Why is incredibly dangerous, given its bloody images and wrenching emotionalism. Parents and other adults — including a high school counselor — are seen as either uncaring or ineffective, which might persuade in-need teens to eschew help. Even the very premise of the show — that other people are to blame for someone’s suicide — is deeply problematic.

“That is precisely the other reason why we really try to shy away from saying that someone who died of suicide is the result of something someone did,” Schwartz said. “It leaves survivors with a horrifying burden of guilt.”

Headspace, a teen suicide prevention service based in Australia, even told The Huffington Post that the show was “irresponsible” and “dangerous.”

For all of those reasons, most experts seem to be telling parents to steer their children and teens clear of 13 Reasons Why.

But for families whose sons and daughters have already watched, the show may open a door to some much-needed dialogue. The show can be a catalyst to talk about the issues dramatized therein — and maybe even an opportunity to have a difficult, painful, but much-needed conversation.

The National Association of School Psychologists lists a number of warning signs that may be found in suicidal teens. They include:

* Suicidal threats. They can be direct threats (“I am going to kill myself”) or indirect (“I wish I could fall asleep and never wake up”). Naturally, they can be either spoken or through some other form of communication, and are often uncovered in online posts.

* Giving away their possessions, especially if they hold special meaning to the person.

* Preoccupation with death in conversation, art or on social media

Be sure to discuss any mental health concerns you have about your child with his or her medical doctor.  If you or someone you know may be at risk for suicide, call the Suicide Prevention Lifeline at 1-800-273-8255.