Who were the Desert Fathers and why do they matter? 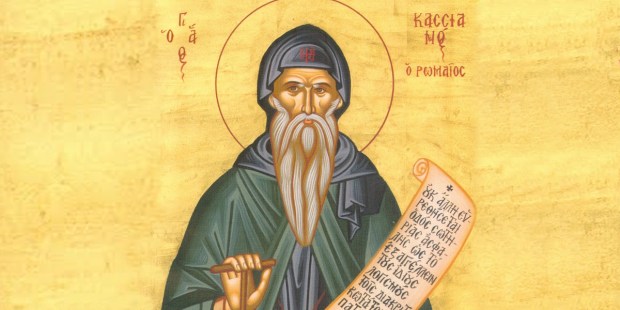 Their influence can be seen throughout the Church and is even found in popular culture.

On his recent trip to Egypt, Pope Francis urged priests and religious to “draw upon to the example of Saint Paul the Hermit, Saint Anthony, the holy Desert Fathers, and the countless monks and nuns who by their lives and example opened the gates of heaven to so many of our brothers and sisters.” These names are well known to the Egyptian people, but to the Western ear, the saints mentioned by the Holy Father are rather unknown.

Who were these “Desert Fathers”?

During the late 3rd century a Christian man named Paul, living in the city of Thebes, Egypt, was forced into the desert during the persecution of Emperor Decius. While there he lived in a cave and was waiting for the persecution to end. In the process Paul discovered that he enjoyed the solitude and freedom to fast and pray. He embraced life in the desert and lived in that cave for many more decades as a hermit dedicated to the worship of God.

Near the end of Saint Paul’s life another man in Egypt named Anthony was inspired by the Gospel to give up his possessions and serve God alone. His experience is related in the famous Life of Anthony written by Saint Athanasius. The book recounts how during Mass one day, “the Gospel was being read, and [Anthony] heard the Lord saying to the rich man [Matthew 19:21], ‘If you would be perfect, go and sell what you have and give to the poor; and come follow Me and you shall have treasure in heaven.'” Anthony believed the words were aimed directly at him and so, immediately following Mass, he sold all of his possessions and sought to do God’s will.

Around this time Anthony heard about Paul the Hermit and went to visit him in the seclusion of the mountains. Anthony was inspired by his way of life and was convinced that God was also calling him to become a hermit in the wilderness.

Anthony dedicated the remainder of his life to fasting and prayer, living a life of poverty for the glory of God. His holiness became widely known and, during the persecution of Diocletian, Christians became attracted to the desert as a way of escaping the world and living a private Christian life. Anthony’s life and wisdom inspired numerous men and women to give up their worldly ambitions and live in solitude worshiping God. Monasteries developed over time and spread throughout Egypt. A rule of life was formed and other holy men and women began to take up the call to the desert.

Among the early saints who developed this way of life and are considered part of the Desert Fathers were Saint Pachomius, Saint Amun, Saint Basil of Caesarea, Saint Macarius of Egypt, and Saint Moses the Black. Those who were highly influenced by this early monasticism were Saint Athanasius of Alexandria, Saint John Chrysostom, Saint Hilarion and Saint John Cassian. Saint Benedict later developed his own rule of monasticism based on the writings of these early Desert Fathers. As a result, most modern-day religious orders can trace their spiritual lineage to Egypt.

Saint John Cassian was the one responsible for bringing the wisdom of the Desert Fathers to Europe and at the time his influence reached as far as Ireland. This is when Ireland’s own version of monasticism developed, essentially based on the writings of Cassian and example of Saint Anthony. It was this desert monasticism that influenced monks in the 7th century to sail off the coast of Ireland to the remote island of Skellig Michael, forming a monastery of bee-hive huts that have been brought to life again in the latest Star Wars movies.

Read more:
Star Wars and the Isle Named for St. Michael the Archangel

While most Catholics may not be familiar with the writings of the Desert Fathers, their influence can be felt throughout the world. They call us to a radical form of Christian living that features fasting, penance and silence. In a world filled with numerous earthly temptations and such great noise, the Desert Fathers are a beacon of light calling us to live differently.

Even though we may not be called to give up all our possessions and live in the desert, the Desert Fathers challenge us to make our own daily sacrifices, live more simply, and dedicate time each day for prayer and silence.