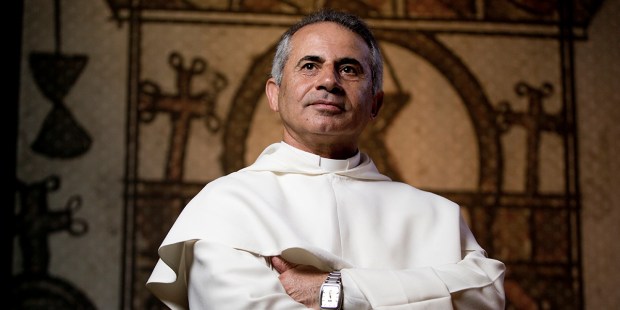 The Dominican friar has stayed a step ahead of militants bent on the destruction of evidence of pre-Islamic history.

At an undisclosed location, Dominican priest Fr. Najeeb Michaeel is painstakingly digitizing his collection of ancient manuscripts documenting Iraq’s cultural heritage, including its Christian history, according to a report at the website Circa.com.

Scanning these texts, the oldest of which date from the 7th century and which include manuscripts on Christian and Muslim spirituality, may be the only way to save these records of Iraq’s history from destruction by Islamic State groups. As part of former Mesopotamia, Iraq has a rich Christian tradition.

In fact, Fr. Michaeel, who is director the Digital Center for Eastern Manuscripts in Iraq, is responsible for rescuing them from destruction more than once.

ISIS has left a path of destruction in its wake as it carries out its mission to systematically destroy any record of the region’s pre-Islamic history, including precious artifacts in Palmyra, Mosul, Nimrud and Nineveh.

So when Islamic State militants seized the city of Mosul in Iraq in June of 2014, Fr. Michaeel knew his collection was in grave danger.

He had already smuggled the texts out of the Dominican library in Mosul to the ancient Assyrian Christian town Qaraqosh, during an Islamic insurgency in 2008.

“It was imperative that these manuscripts, conserved in the Dominican library in Mosul and then in Qaraqosh, escape the systematic destruction of the non-Muslim cultural heritage,” Fr. Michaeel told AFP.

So, as jihadists entered Qaraqosh on August 7, 2014, according to the AFP, Fr. Michaeel fled for Erbil with the boxes of manuscripts stowed in the trunk of his car.

“We were engulfed in the massive exodus of Christians and Yazidis who were fleeing to Erbil,” the Kurdish capital, Fr. Michaeel told AFP. “We could see the black flag of Daesh (IS) from a distance. We were protected by armed Peshmerga (Kurdish fighters) but they wouldn’t let our car cross the border. So I started to take the boxes of manuscripts out of the car and hand them to passers by,” he said.

Fortunately all the boxes made it to safety in Erbil. Several of the texts were exhibited at France’s National Archives last year.

In November 2016, Circa reported, Michaeel returned to Qaraqosh to recover whatever ISIS had left behind. A video posted on the Circa site shows precious documents turned to pulp.

“We cried about this kind of image that we saw there. It’s horrible. It’s some kind of genocide,” Michaeel said.