Minding our manners: How WhatsApp is making us rude 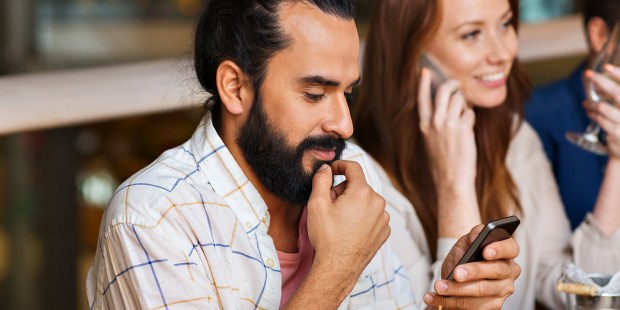 Instant messaging has become an obsession. Why is it so addictive?

The scene is familiar. We are at a family meal, or a business lunch, and everyone is checking their notifications, answering messages, and constantly using their cell phone—and normally, they are using the messaging app called WhatsApp.

Professor and journalist Fernando Martínez Vallvey is a professor of Communication at the Pontifical University of Salamanca, Spain (www.upsa.es), and is an expert in digital journalism. In this article, he tells us about the relationship between rudeness and this new element in our lives called WhatsApp.

WhatsApp: instant messaging that has become an obsession. Why is it so addictive?

Communication is a very important part of people’s lives: it’s a vital necessity. We need to communicate with other people for practical purposes such as working, doing homework, or playing with others; it’s also essential for dealing with immaterial, spiritual, or transcendent matters such as love, art, etc. Communication allows us to give to others without losing; communicating with others helps us solve problems, makes our lives easier, and provides us with companionship. Communication is a gift, and a way of completing ourselves as individuals, supplementing our personalities, in our day-to-day lives.

Based on this fact, we can see that any form of communication that constantly meets these needs will be well received by most people. It’s fantastic knowing where the person we have to pick up is located; being able to ask someone to bring to our house something we forgot; reminding someone of a task they have to do; or sending a romantic message—and all of that easily, quickly, and for free.

This reaches the status of an obsession when you feel empty and like you’re missing out on something  if it’s been a while since you got a notification on your phone. That’s when communication, which is a good thing, becomes dangerous. We feel empty. We could compare it to compulsive eating. Eating is good: we need to eat in order to have energy to do physical work and to live; but if we eat more than we need … That’s when the problems start. Each person must seek balance between their interior well-being (their ability to feel at peace with themselves) and their relationship with others. Why is this form of communication addictive? Because it costs nothing and gives a lot.

Constantly using WhatsApp and social networks at the table, on public transportation, at the movies … Is it making people rude?

It’s true that there are occasions when we are paying so much attention to our cell phones that we aren’t even aware of being rude; for example, we might not ask forgiveness when we’ve bothered someone sitting next to us on public transportation, or we might fail to greet someone we know when we pass them on the street. It’s becomes more serious when the way we communicate using our phone is a nuisance to other people, keeping them from watching a movie undisturbed. Of course, what this obsession does is make us less attentive to what happens around us. We lose contact with what’s happening in front of us because we are focused on what’s going on far away. This has some of its worst consequences when, for example, a shared meal is constantly interrupted and the conversation among the people around the table is impeded because someone is constantly chatting with other people who are physically absent. Another form of rudeness is manifested in classrooms, when students never stop looking at their screens, and don’t pay attention to what their teacher or a classmate is saying.

WhatsApp and writing: Are we going from bad to worse?

Communication by WhatsApp is very similar to oral communication; consequently, people tend not to put much effort into the way they write. Basic problems arise due to a lack of correct punctuation. For example, many people do not use a comma to separate the names of people they are talking to from the rest of the sentence; in other cases, they do not use commas or periods at all, and the message recipient has to read the text several times in order to understand it properly—and if they don’t make that effort, there can be a real, practical problem in their communication. As far as spelling goes, there are fewer problems than what used to happen with SMS, because now there is no limit to the number of characters we can use, and now we have autocorrect. However, someone who doesn’t know how to spell will still make mistakes in WhatsApp, on paper, or on someone’s wall on Facebook.

Will some sort of guide or manual for manners when using WhatsApp be created, explaining the right way to use it at school, at work, at different times of day …?

I don’t know if it will happen, although I’d be in favor of all of us putting some limits on certain things, as we do in other areas of life (such as compulsive eating, as already mentioned). Many problems arise in communication. Families who eat lunch in front of the television, for example; that is also a problem. If your family wants to communicate with each other, to talk about what happened during the day, or that morning … simply don’t turn on the television. Of course, there can be limits while at our job too, although because messaging is also a working tool, it can be complicated. Regarding guidelines, maybe we should think in general terms about how we can be more polite towards others: paying attention when we are together, making time to help them, not closing ourselves off from others in our own little world … Standard good manners give us many principles that we should apply every day, at various times and in many areas of life. Domestic violence, for example. A well-educated person knows that we must respect others: especially, those we love. Consequently, we cannot strike them physically, or hurt them psychologically. Having good manners means thinking about how to make other people’s lives easier, respecting them… These days, a public debate has arisen about “manspreading” in public transportation. I don’t know if it is a sort of micro-manifestation of male chauvinism; it’s certainly bad manners. If we all practice better manners in all areas of life, we will do the same regarding the use of our cell phones.

Therefore, to what extent could the way I use my phone constitute rudeness towards others, bothering them at one time or another? That is the question we should all ask ourselves in order to begin establishing a standard for manners, as we should do in every area of life: knowing how to sit properly on public transportation, for instance.