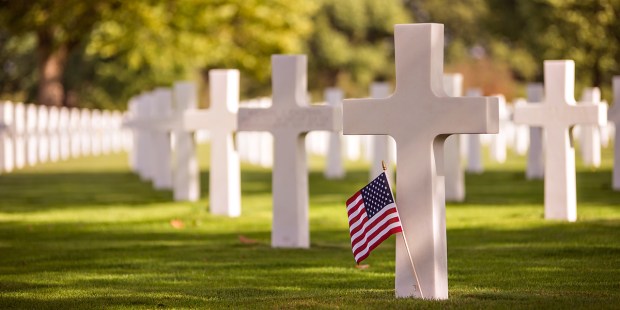 If we want to give something that the departed can truly appreciate, there’s only one real choice.

Sometimes just a few words said in a certain way at a certain time can suddenly make an impression on us, even when it’s something we’ve heard our whole lives.

Years ago I was at a parish meeting of the Catholic Daughters (the sister group to the Knights of Columbus) with my mother. We were both members, and that particular evening, the group was discussing and voting on the tradition of having a Mass said for a deceased member. A couple of women raised the idea of sending a plant to the family, or a contribution to the family’s charity of choice, instead of a Mass card with the assurance that a donation had been made in the name of the deceased and a Mass was being offered for him or her. Several commented that it’s always nice to get a plant and know that a group is thinking about you when you’ve lost a loved one.

An older woman a few rows back raised her hand and joined in the discussion, “Ladies, can I say something?  When I die, I want the Mass said, and as many as I can get! What good will a plant do anyone’s soul? And it does nothing for the family either. The Mass has infinite value! We have no way of knowing who’s in purgatory and who’s not. Please let’s keep having Masses said!”

I’ve never forgotten those words. I’d been to Mass all my life; went to Catholic schools; my parents always had a Mass said on various anniversaries and for various people. But the purpose of the Mass and the tremendous grace associated with it never quite struck me as it did when I heard this woman’s spontaneous yet beautifully accurate statement.

Who could vote for a plant after this stunning defense of the Mass?! We members voted unanimously for the Mass that night.

That riveting lesson has been with me through every death around me since then.

The practice of praying for our  beloved deceased and having a Mass said for them goes back to the beginnings of the Church, and has been emphasized by saints and popes of all time.

The catechism teaches, “From the beginning the church has honored the memory of the dead and offered prayers in suffrage for them, above all the eucharistic sacrifice, so that, thus purified, they may attain the beatific vision of God” (No. 1032).

Read more:
5 Ways to pray for the Holy Souls in Purgatory

An expression of grief when someone has died can be powerful. People often feel a deep desire to memorialize their loved ones. It’s not uncommon to come across a roadside memorial; I’ve seen several recently that are quite elaborate, shrine-like really, with framed photos, even balloons for birthdays and a wreath at Christmas. Other people have an annual get together with family and friends to honor their loved one. Still others choose to keep the memory alive by naming a hall or charitable event, such as a golf outing, after the deceased. These are all nice expressions of love for the person … but insofar as they do not lead us to prayer, they do absolutely nothing for the soul of the deceased.

I find this description by Dominican Father Vincent Serpa, chaplain for Catholic Answers, clarifying: “The Mass is the same sacrifice as the sacrifice on Calvary.” Father Serpa explains. “It is brought down through history into our very lives, so that whatever we are praying for is united with the prayer of Christ to the Father. It is the most perfect prayer….the Mass is limitless in terms of the effect of the Lord’s passion and death.”

Not long ago when my father of almost 96 years passed on, I experienced the deep grief so many others go through. The feeling of not being able to love him any more, of not having any way to help him any longer, was powerful. But through all the hugs, cards, flowers, casseroles, and “I’m sorry”s, what helped the most was knowing that Masses were being said for him.

If he needs any further purification before meeting the Face of God, the Masses and prayer offered for him are the only thing that matter! And isn’t that the peace we all want after we lose someone we love?

Read more:
Where is Purgatory in the Bible?