The Legend of St. Francis: The work of Giotto or Cimabue?

In Assisi, one can contemplate what has been considered as the greatest work of the Florentine master. But is it really his?

One can follow Giotto’s tracks from the Metropolitan Museum of New York, through the Prado Museum in Madrid, all the way to what we might consider his most ambitious work, after the Scrovegni Chapel of Padua: the Papal Basilica of Saint Francis of Assisi, in the town where the great medieval saint was born and died.

Declared a World Heritage Site by UNESCO in 2000, the Papal Basilica of Saint Francis of Assisi (along with the Sacred Convent, which forms part of the original complex) was erected in 1228, following the design of the maestro Jacopo Tedesco, on what was known as “the Hill of Death.” The Basilica is a complex of two churches, known as the Upper and the Lower Church respectively, and a crypt in which the faithful can pay their respects to Assisi’s Poverello.

Read more:
From “Hill of Hell” to “Hill of Paradise”: The Basilica of St. Francis, in Assisi

While the interior of the so-called Upper Church is an exceptional example of Italian Gothic, what visually impresses those who visit these churches is the collection of frescoes that decorate its walls.

Numerous works by late medieval masters and those of the early Renaissance, belonging to both the Tuscan and Roman schools, coexist in the vaults and walls of this church. In it, one can identify works by Cimabue, Simone Martini, Pietro Lorenzetti, Pietro Cavallini and, of course, Giotto, the great maestro Di Bondone.

According to some historians, Giotto accompanied Cimabue to Assisi. It seems it was Cimabue who was originally commissioned the work of the decorative frescoes of the Basilica we know as “The Legend of St. Francis” or “St. Francis’ cycle,” a graphic journey through the saint’s life.

The attribution of the authorship of this Legend has been, without exaggeration, one of the most disputed in the history of Western art. The documents that would set the discussion, which were jealously guarded in the archives of the convent, were destroyed by the Napoleonic troops, who for years used the church as a stable, thus making the work of art historians all the more difficult in this case.

Giotto’s fame, which practically eclipsed that of all his contemporaries, has been the cause of the spontaneous attribution of most of the works that we know were not painted by Cimabue, specially those of the Legend of St. Francis.

To this, one must also add the fact that an early biographical source, the texts of Riccobaldo Ferrarese, indicate that Giotto was practically the official painter of the Franciscan Order in Assisi, Rimini and Padua, among other localities.

Without documents certifying the authorship of the frescoes of the Legend, art historians have decided to compare this series with what is known as Giotto’s top work: his frescoes in the so-called “Arena Chapel,” also known as the Scrovegni Chapel, in which a similar cycle is found. The stylistic differences between the frescoes found in the Scrovegni Chapel in Padua and those one finds in Assisi, specialists affirm, cannot be simply attributed to the evolution of the artist, and it has practically been ruled out that Giotto is the author of the Legend of St. Francis, in Assisi.

What remains beyond discussion, though, is the beauty of both cycles, regardless of their authorship. Enjoy the slideshow below. 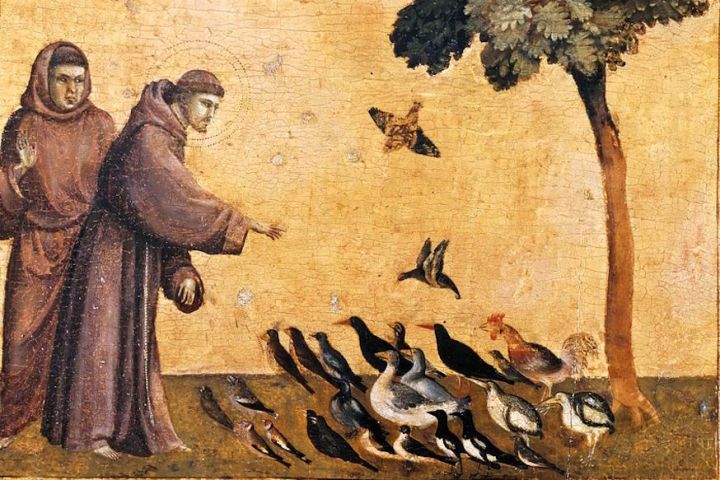