Bored at Mass? A 7-step method to fix that 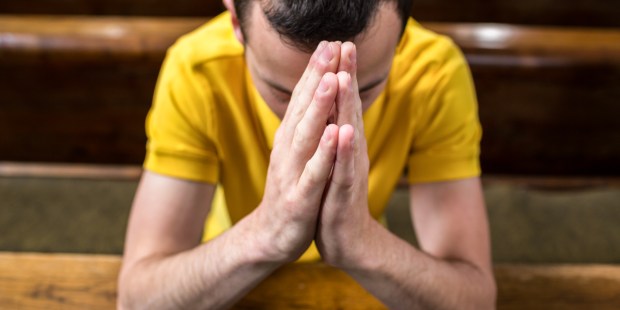 Many young people sincerely want to participate in the Mass more meaningfully, but find it difficult to focus and concentrate.

One of the most common refrains I hear from young people is “Mass is boring. Homilies are boring. I don’t know why I have to come Sunday after Sunday.” Some of the youth in the rear pews are distracted on their phones during Mass. When I asked them once what they were doing, one of them retorted with a straight face that he was Instagramming pictures of Mass and tweeting quotes from my homily! Cheeky little fellow (lol), but he got me there.

Many young people sincerely want to participate in the Mass more meaningfully — they understand that the Eucharist is rich and meaningful — but they find it difficult to focus and concentrate.

Here are 7 practical steps you could follow to make the Mass more meaningful for you:

Getting to church at least 10 minutes before Mass makes a huge difference. It gives your mind some time to dial down from the fast-paced activities that you came from. Having all your general preoccupations at the back of your head quite often distracts heavily, and since the Readings (Liturgy of the Word) happen close to the beginning, you are bound to lose out and pay less attention. Use the time before Mass to kneel and speak to God, from your heart. Offer to him all your joys and the challenges that you are facing, and you will find God speaking to you during the Eucharist.

I’ve had young people telling me that they feel more involved in the Eucharist when they play some role at Mass. There are a number of options available – choir, lectors, ushers, greeters, altar servers or church decorating. Becoming a member of one of these groups will focus your attention on what’s happening and make you more attentive and more personally invested. Being a member of one of these groups has many other positive side effects as well for your personal and social life.

Why is it that everyone wants front row seats at a musical concert or at a game, but the last seats in church?  Avoid looking for a place in the last pews of the church right at the back, especially when there is plenty of space up front. They say that the front pews receive more grace! Seriously, though, sitting up front will help you avoid distractions. Want to be hard core? Consider excusing yourself from your friends and peers and sit separately – as in by yourself — for the duration of Mass, especially if your friends tend to be a distraction. You can always rejoin them later. Your friends may tease you initially, but they will respect you eventually. Pray for your friends!

Take the hymn book and sing along. Understand the words you are singing. Don’t worry if you have no talent for singing; most people don’t. The ones who do are usually in the choir. Can you imagine how bored you would be if you went to a concert and didn’t know any of the songs? Exactly! Taking part in the proceedings, even if you don’t get much out of it initially, goes a long way. Don’t expect quick results.

“Homilies are so boring!” How often have I heard that?  And true, sometimes a priest might meander a bit, but homilies are pretty interesting if you really listen to them, and the priest has probably put a lot of effort into preparing it. If you get bored during lectures in school or college or watching the evening news or scrolling through your Facebook feed, ask yourself if the problem is with you. Give yourself a challenge: Listen to the homily and try to capture the essence of it in 140 characters or less. Then, after Mass, tweet it. It’s harder than you think.

Remember that the Eucharist is Thanksgiving, and if you are just a Sunday churchgoer, then you are giving God your full attention for just 1 hour or less. The rest of the 167 hours each week, God gives you as a gift and doesn’t get in your way. Ask yourself how many good things you have received from the Lord. Isn’t it right and just that we spend 1 hour each week worshiping the Creator with all our hearts?

The final word belongs to Mary, Queen of heaven and earth and our Mother. Ask Mary to intercede for you during Mass. Pray to her for guidance and strength. She was always by Our Lord’s side and she will remain by yours as well. No human being understands you better than Mary does.

Follow these 7 steps and you will slowly find the beauty of the Eucharist opening up before you. As with any other activity, this too will take time. Don’t expect to be charged up on the first Sunday itself. All great tastes develop in time and with patience. You cannot make great music on the first day. Neither was Rome built in a day.

Read more: “Bored Again Catholic”: How the Mass could save your life, and the world’s too!