How to deal with that toxic person in your life, according to St. Therese 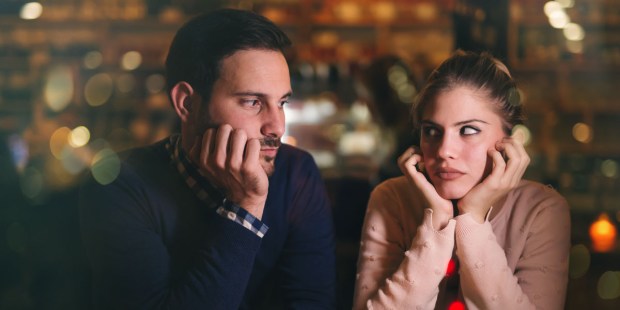 Once a difficult person herself, the “Little Flower” mastered the art of empathy.

St. Therese of Lisieux has a reputation for being a quiet, unassuming woman. The description is fitting; after all you don’t get the nickname “Little Flower” by going on Twitter rants and keeping it real by telling people off. No, Therese developed the ability to deal so gently with unpleasant people that they often mistakenly thought she favored them.

We all have toxic people in our lives — those with whom we simply don’t get along, or who seem to be out to get us, or really rub us the wrong way. There’s always that person who causes a shudder to roll down your spine when you discover they’re going to be at the same party, or who, when passing them in the hallway, causes you to suddenly pull out your phone and pretend to be checking texts so you can avoid eye contact.

There’s no getting away from these people —  as Therese’s experience proves, they’re everywhere, even in convents full of nuns. She quickly mastered the art of dealing with difficult people and learning to empathize with them.

Perhaps this is because early in her life Therese herself was the toxic person.

Contrary to her reputation, Therese was born with a violent nature. Her mother said, “She flings herself into the most dreadful rages when things don’t go as she wants them. She rolls on the ground as if she’s given up hope of anything being right again. Sometimes she’s so overcome that she chokes.” She herself admits in her autobiography Story of a Soul that her temperament could easily have led her to grow up to “become very wicked,” if she hadn’t had such good parents who helped her overcome it.

When she first became a nun, she wrote, “Everything in the convent charmed me,” but soon she learned that, just as she had toxic tendencies and continued to be a work in progress, so too did the other women with whom she lived. She particularly had problems with her new boss, the prioress, who treated her severely.

“I never met her without being reprimanded for something,” Therese says. She tells a story about how a simple housekeeping job became the occasion for humiliation:

“I remember once, when I had overlooked a cobweb in the cloister, she said to me in front of all the other nuns: ‘It’s easy to see our cloister is swept by a child of fifteen!’”

This public shaming fit in with a theme of being accused of laziness, and the prioress would often claim, “This child does absolutely nothing!” Therese had to learn to deal with the prioress, though, because for better or worse they spent much of their lives in close contact. It got worse before it got better, and she relates that the problem got so bad that she worried something was actually wrong with her that was unfixable.

Over time, she realized the problem didn’t lie within her and that she was going to have to learn to deal with this toxic person in her life. Here is her advice.

Toxic people are relentlessly negative. They find something they don’t like, either true or made-up, and focus on it. The prioress, for example, decided Therese was lazy and continuously drove that point home. After a while, you can’t help but wonder if all the criticism is correct because if you’re told something repeatedly, even if it’s completely inaccurate, the steady stream negativity takes a toll after a while.

Therese solved this problem by ceasing to care what her detractor thought and seeking her value from within. She decided to do her work quietly, without drawing any attention to herself. She did her work to fulfill her own sense of self-worth and as a way of honoring God. In fact, she often gave others credit for the work that she actually did because she knew it would make them happy. When she stopped caring whether the prioress noticed or called her lazy, she was suddenly free of the negativity.

By this, Therese doesn’t mean we should let others push us around, but that when we’re falsely accused and labeled, it shouldn’t bait us into a fight. When the prioress insisted on calling Therese lazy, she could have snapped back and started a verbal altercation, but she knew that nothing she said would make a difference. For instance, she tells a story about how a vase was broken in the convent and she was accused of being the one who left it out. She realized that it didn’t really matter who had left it out (she hadn’t), and it wasn’t really worth the effort to clear her name over a broken vase, so she simply remained quiet and cleaned up the vase. Over time, actions speak louder than words, and even toxic people can be won over by the consistency of a person who puts energy into defying expectations.

Perfect your ability to love

It’s easy to love family and friends, but it’s hard to love that person who shows no redeeming qualities whatsoever. Therese speaks of a nun for whom she had a natural dislike and how she realized that, because love is an action and not a feeling, this was the perfect person to teach her to love better. Remember, Therese herself had once changed as the result of the patient love of her parents, so she knew the power of loving someone who seems unloveable.

Read more:
The unlikely connection between Sts Therese and Joan of Arc

She says, “I tried to do as many things for her as I could, and whenever I was tempted to speak unpleasantly to her, I made myself give her a pleasant smile.” After a while, she reports that her feelings truly began to change.

In the end, a toxic person can only affect you as much as you’re willing to be affected. As Therese shows, there’s always another choice. It may be difficult or even seem impossible, but her own personal example reveals that even the most toxic person has the potential to become a saint.