If aliens exist, can Catholics believe in them? 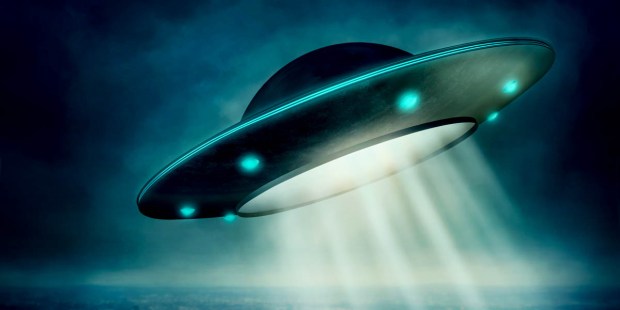 The truth is out there.

NASA continues to make new discoveries each year, including planets in nearby star systems that could be hospitable to life. Odds are likely that any lifeforms discovered will be primitive in nature, but many continue to hope for intelligent life in galaxies far, far away.

It presents an interesting situation for Catholics, especially if life is ever discovered outside of earth. Many ask the questions, “Did God create other beings similar to humans on planets unknown to us? What would it mean for Catholic theology?”

The Catholic Church does not hold an official teaching regarding extraterrestrials, but it doesn’t shy away from them either.

Current Director of the Vatican Observatory, Jesuit Brother Guy Consolmagno, sums up the Church’s general stance in an interview with U.S. Catholic, “I think we recognize that if they’re from Alpha Centauri or from the next galaxy over, they’re still God’s creation. It’s all God’s creation! If we ever find intelligent life, we’ll have an interesting dialogue about the nature of the incarnation.”

Similarly, former director of the Observatory Father Jose Gabriel Funes wrote in L’Osservatore Romano, “I think there isn’t (a contradiction). Just as there is a multiplicity of creatures over the earth, so there could be other beings, even intelligent (beings), created by God. This is not in contradiction with our faith, because we cannot establish limits to God’s creative freedom. To say it with St. Francis, if we can consider some earthly creatures as ‘brothers’ or ‘sisters,’ why could we not speak of a ‘brother alien’? He would also belong to the creation.”

Pope Francis even commented on the possibility during a homily in 2014, saying, “If tomorrow, for example, an expedition of Martians arrives and some of them come to us … and if one of them says: ‘Me, I want to be baptized!’, what would happen? … Who are we to close doors?”

Basically, whatever is “out there,” is a part of God’s creation, and as Pope John Paul II said to the Academy of Sciences in 1996, “truth cannot contradict truth.” If aliens do exist, then Catholics should have no problem accepting it. We do not have to fear their creation as God is behind it.

God’s creativity is boundless and while humans are the pinnacle of his creation on earth, there is always the possibility that God created other beings in a distant galaxy with a certain degree of intelligence. It’s possible and would only add to God’s marvelous plan.

Read more:
Pope and astronauts chat about hopes of humanity

Read more:
Afraid in the Cosmos — Our Strange Longing for Aliens