5 Facts about Satan you may not know 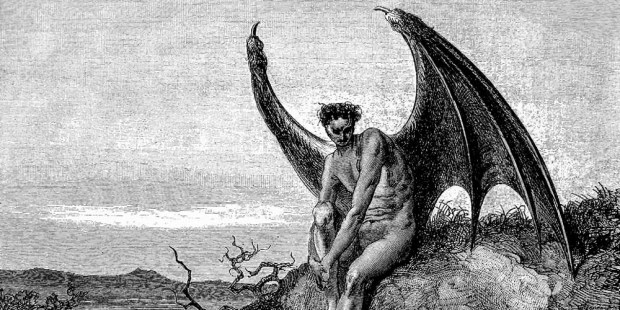 Can he predict the future? Move objects across the room?

Satan and his demon followers are mysterious figures of the spiritual realm. They torment us on a daily basis, though usually their actions are invisible to the eye.

Scripture has much to tell us about Satan and his minions, and over the centuries the Church has grown in its understanding of these malevolent spiritual beings.

Here are five facts that help shed more light on these dark creatures (click on the pages to view the next question).

What was Satan before his fall into darkness?

The Catechism of the Catholic Church affirms, “The Church teaches that Satan was at first a good angel, made by God” (CCC 391). He is traditionally named Lucifer, or “light bearer,” when he was a bright angel of light (cf. Isaiah 14:12-15).

Besides that, the Church has varying traditions as to what kind of angel Satan was. Saint Thomas Aquinas argues in his Summa that, “Cherubim is interpreted ‘fulness of knowledge,’ while ‘Seraphim’ means ‘those who are on fire,’ or ‘who set on fire.’ Consequently Cherubim is derived from knowledge; which is compatible with mortal sin; but Seraphim is derived from the heat of charity, which is incompatible with mortal sin. Therefore the first angel who sinned is called, not a Seraph, but a Cherub.”

However, there is no dogmatic declaration from the Church regarding whether Satan was a cherub or seraph.