Silence: A challenging but valuable discipline 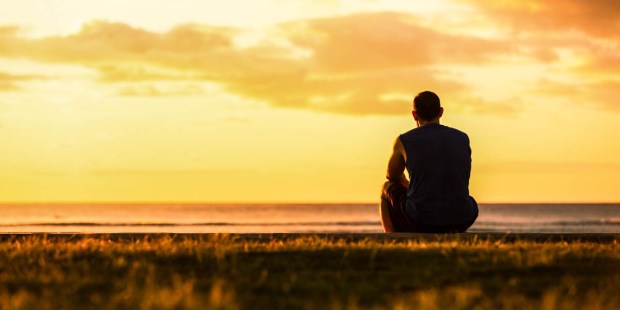 Where we are most truly human is where we join with God.

Not long ago, I did an eight-day silent retreat. In my community we do this every year. Afterward I Tweeted out a short summary: “So often in prayer what really matters is something beyond words: the experience of God above what language can describe. I’d say the greatest fruit of my 8-day was being peacefully alone with God. That is so inadequate but language fails in describing God.”

A true thought, but far from complete. Some people assume that, as I am a priest, silence comes easily to me, but not to them. In reality, cultivating silence is hard for all of us.

But hard things are (often) valuable and worth doing. Nobody in society is going to get after my cousin for spending more than a decade to get a PhD – society realizes that although that’s difficult, it has value. Unfortunately, society often misses the value that comes from living the silence of a retreat.

Read more:
Spiritual reboot: Why we need to go on a retreat

Religious silence is not so much about just not talking. Most of us can get through a two-hour movie without talking pretty easily. But religious silence is about giving up communication with everyone else to focus our mind and heart on God. Responding to a few tweets would break my silence far more than asking someone at the retreat center for an aspirin if I had a headache.

I admit, while on retreat, I was tempted to check social media. I kept my phone as I use some daily diary/tracking apps, but I had to uninstall about half a dozen social media apps and remove my SIM card. The temptation to pick up the smartphone is greater when a meditation is dry or I’m just a little bored.

A huge part of many silent retreats is spent fighting the temptations to break silence. It isn’t easy. In fact Thomas Merton, a monk and spiritual writer, testified to the Church’s tradition, saying, “It is much more difficult to lead the contemplative life well than the active life … The trials of the contemplative life are much more difficult to cope with than those of the active life.”

Although Merton is talking about living a contemplative or monastic life, what he says applies to us in the sense of giving time for silence and contemplation in our days and years. Merton doesn’t just say that it is more difficult, he notes, “The contemplative life is much more of a mystery than the active life.” Even I, who’ve been in religious life for 16 years with hours each day in prayer, don’t fully understand it and struggle with it.

However, it is in this mystery that we reach the reason why anyone would take this up, the reason why – I would argue – all Christians are called to spend some time in religious silence.

There are several moments in my life where I had such an overwhelming experience of God’s presence I simply can’t forget them. They didn’t always happen when I most expected him – one happened on a train and another while jogging – but sometimes these small moments make everything else worthwhile. Keeping ourselves silent to focus all our energy on God leaves him the opportunity to speak to us. I just said one of my deepest experience of God was while jogging but it wasn’t just any jogging: I was about five days into an eight-day silent retreat.

This is why Merton says, “The contemplative life is much more divine, more truly spiritual, more according to man’s inmost needs.” It is where we are most truly human because it is where we join with God. There is a deep peace of God that is the high point of being human: but only extended silence and prayer can grant it.

I don’t have a super-complex solution here today. I just want to encourage you to keep going, giving God a few silent minutes each day despite your struggles in prayer, and think about a silent retreat. Or, if you don’t give God that silent time, why not start today?