How to have a bachelorette party with no regrets 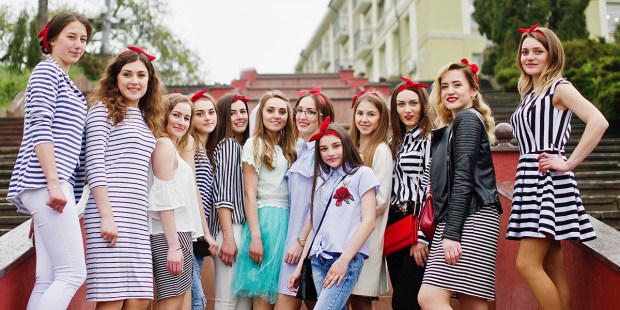 It should be a fun experience the bride can remember fondly, not a nightmare she’d rather forget.

I have nine weddings to attend this year. Eight of them will have bachelorette parties beforehand, so I have a wonderful field of study for this topic. You may be surprised at the number, but still, that’s what it is. Maids of honor, regardless of who they are and what they believe, enjoy traditions and that’s what they look for while preparing for the evening. When I ask why, the answer is always the same: because that’s how it’s always been done.

Each event looks more or less the same: young women drinking strong alcoholic drinks one after another, sometimes wearing kitschy costumes and/or pink devil’s horns. As loud as can be, they go out in a limo to town, where they attract attention screaming, dancing on tables, and loudly cheering the future bride to complete a task, usually related to sex, often involving third parties and often humiliating the bride-to-be. Meanwhile, they watch a performance of a stranger, whom they are paying to do immodest things in the living room. They give their friend a ton of gag gifts from an “adult novelty store,” and eat candy in various shapes that make the table look more like an anatomy lesson.

It’s difficult to go through the evening without being permanently embarrassed, like a flashback to the awkwardness of adolescents acting badly at a high school dance. It’s hard to tell who is really enjoying the evening’s activities, and who is simply playing along, thinking that others are having fun, and not wanting to look prudish.

Without embarrassment or humiliation

This is not to say that a Christian woman — or man, as it is equally applicable to them — shouldn’t enjoy a fun evening out before their wedding. Organized fun and games during a bridal shower or bachelorette party are fine. The point is to remember that they’re supposed to make the bride, not the organizers, happy. Therefore, telling her to do silly things like running around the neighborhood kissing all the men she sees is a bad idea.

There are plenty of fun but inoffensive things you can do instead. For example, you can give your friend a quiz of how well she knows her fiancé, or make a bridal shower movie. You can organize a scavenger hunt leading up to a fun surprise, or  send the bride for a walk around town and have “accidental” passers-by give her flowers. Post a card on her back and write sincere good thoughts about her, then let her guess who wrote what. Have fun with hairdos and make-up. Prepare a map with romantic places for dates. Create a prayer book for the couple to use after getting married, taking into account saints who specialize in the topic. Make a mock wedding dress for the bride out of paper.

Cooking dinner for her fiancé with her eyes closed? I don’t know about that — perhaps that could be an activity for the bachelor party!

Also, do not invite any of the bride’s ex-boyfriends. This is another bad idea, which falls into the embarrassment and humiliation category. Not all relationships that have ended were on good terms or ceased all emotions. The presence of such a person from the past will not bring anything good to the atmosphere of the party.

We all know that sex in a marriage is important. However, there is no reason to make it the theme of the pre-wedding party, especially if you trivialize it. Unless the bride is a doctor, it’s better to skip anatomically-themed decorations, gifts, or party favors completely. You can skip the striptease, too.

What can you replace it with? If you must make the party more interesting by inviting a stranger, invite a musician for a private recital. I still remember how, for a bridal shower of a friend in Rome, we invited a street performer from Piazza del Popolo. I assure you, his voice alone was enough to make us faint.

Some people think that a real bachelorette party cannot succeed without getting stone drunk. In a sense, I understand them; after doing all the stupid things that some people plan for the party, the best solution would be to simply forget about them. I’m just joking — I don’t recommend getting drunk under any circumstances — but for many people, it’s actually a premeditated decision. In one of the invitations I received, I read, “We are having the bachelorette party a couple of weeks before the wedding, so we we’ll have time to get over the hangover!”

Alcohol is fine for those who enjoy a few drinks, but it’s not fine if it becomes a tool for us to lose our sense of boundaries and our consciousness.

What should we replace it with? I suggest preparing small “medicines” for various “marital problems.” A few can be alcoholic, others not. One could be for lack of unanimity in decision making, another for when the husband hangs out with his buddies too much, a third one for the husband for pain after his wife’s shopping, fourth for both for lack of time together … You will not run out of ideas, or the flavors to be mixed in small bottles.

Finally, think of the wallets of the party-goers, for whom the wedding gift itself may already be a large expense. The party can be just as fun without an expensive limo or a trip to another part of the country.

The most important thing while planning the party is to keep the bride and what she would enjoy in mind. Let it reflect her dignity. A pre-wedding party should be a fun experience that the bride can remember fondly, not a nightmare she’d rather forget.

Read more:
5 Mistakes to avoid for a successful bachelorette party

Read more:
How I helped a homeless bride plan her wedding