The oldest cathedral in the world is in Armenia

Built in 301 by St. Gregory the Illuminator, it is a testament to both Armenian and universal history.

The Etchmiadzin Cathedral, in the city of Vagharshapat, is the main church of the Armenian Apostolic Church. According to both historians and archaeologists, it is the first cathedral built in Armenia. This means Etchmiadzin shares a place of honor with the Archbasilica of St. John Lateran in Rome, the Rotonda of St. George in Thessaloniki, and the Church of Dura-Europos in Syria among the oldest churches in the whole world.

The initial construction of the Etchmiadzin cathedral dates back to the early 4th century, and was ordered by St. Gregory the Illuminator, patron saint of Armenia, after the adoption of Christianity as the official religion of the Armenian kingdom by King Tiridates III, who had been baptized by St. Gregory himself.  The church was built on top of the remains of a pagan temple, thus symbolizing the conversion of the entire kingdom to Christianity.

The foundations of the current building, however, were built at the end of the 5th century, after the initial building suffered major damage after a Persian invasion. The person in charge of this second construction was Vahan Mamikonian. Mamikonian was a member of an Armenian noble family, and became governor of Persian Armenia in 485, after recovering several cities that had fallen under the dominion of the Sassanid dynasty.

Thus, plundered and rebuilt over and over for more than 1500 years, and having survived not only the Armenian genocide at the hands of the Ottoman Empire but also the Great Soviet Purge, the Echmiadzin Cathedral is today a monument that incorporates different styles of Armenian architecture. In fact, it has been declared a World Heritage Site by UNESCO. Its cruciform plan and the intricate decorative designs of its façade, among which inscriptions in Greek (prior to the invention of the Armenian alphabet) justify the seat of honor that this cathedral holds not only in the hearts of the Armenian faithful, but in the history of Christianity. 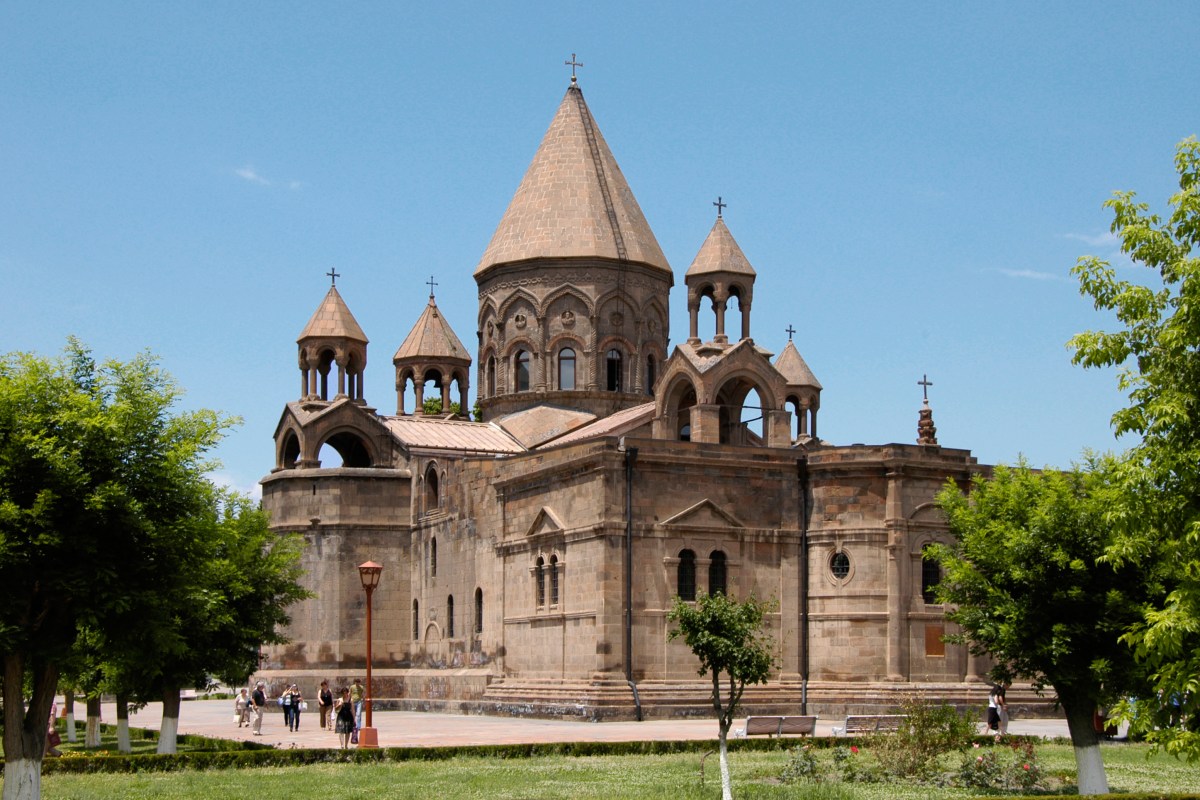