This digital archive of children’s books is available to all 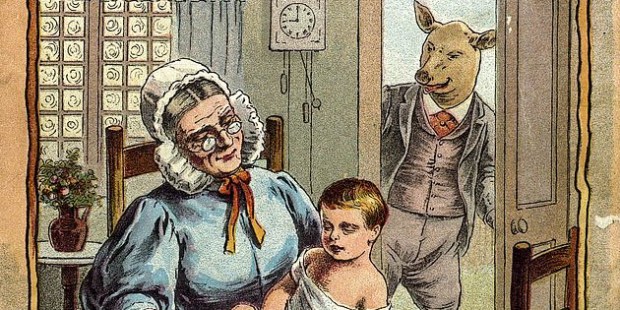 Six thousand books from the 19th century are at our kids’ fingertips.

Have kids? Wondering what you will do to keep them busy during upcoming school breaks, and the like? Here’s some good news that comes in the form of free books: The University of Florida’s Baldwin Library of Historical Children’s Literature has an extensive collection of children’s books from the 19th century, which they have digitized and made available free of charge. Not only does it offer our children a wide range of stories from Alice’s Adventures in Wonderland to A Book of Nursery Rhymes, but it offers a unique look at the sort of media which 19th century British and American parents gave their children.

Open Culture has Newcastle University professor M.O. Grenby, commenting on the rise of children’s literature in the early 19th century:

“By the end of the 18th century,” writes Newcastle University professor M.O. Grenby, “children’s literature was a flourishing, separate and secure part of the publishing industry in Britain.” The trend accelerated rapidly and has never ceased—children’s and young adult books now drive sales in publishing. Grenby notes that “the reasons for this sudden rise of children’s literature” and its rapid expansion into a booming market by the early 1800s “have never been fully explained.” We are free to speculate about the social and pedagogical winds that pushed this historical change.

Kids learn history and social customs in many ways. Reading some of these books might be a great way to enhance your children’s  understanding of the world around them.

And perhaps these early children’s books were the precursor to cartoon shows, which offer overworked parents a few moments of respite while the kids are entertained.