Don’t put that Christmas tree away! The Christmas season has just begun 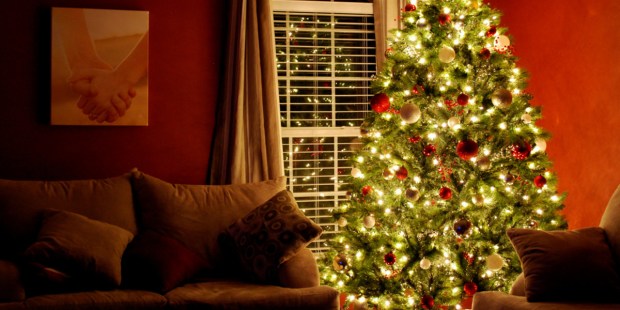 The liturgical season of Christmas starts on December 25 and lasts through January.

It can be a little confusing. In secular society, Christmas is celebrated around the time of Halloween up until Christmas Day. On the day after Christmas all the decorations are put away and Christmas trees are put on the curb.

However, in the Roman Catholic Church, the liturgical season of Christmas does not start until December 25 (including the vigil celebrated on December 24) and lasts through January.

The USCCB explains how, “The liturgical season of Christmas begins with the vigil Masses on Christmas Eve and concludes on the Feast of the Baptism of the Lord. During this season, we celebrate the birth of Christ into our world and into our hearts, and reflect on the gift of salvation that is born with him…including the fact that he was born to die for us.”

This is where it can get a little more confusing as the Baptism of the Lord is a moveable feast, depending on the day when Epiphany falls in the Roman calendar.

The latest that the Baptism of the Lord can occur is January 13. Ordinary Time starts on the day after this feast.

This means that during certain years, Christmas lasts from December 25 – January 13!

This is because Candlemas celebrates an event that occurred 40 days after Jesus’ birth and was his first introduction to the Temple. In other words, it is the final “baby Jesus” feast day on the Church’s liturgical calendar.

In some places people did keep up Christmas decorations like the creche until February 2, though it is probably not advisable to keep your Christmas tree up for that long (it may be a fire hazard at that point).

Technically speaking, if you truly want to celebrate Christmas like Christians in ages past, you wouldn’t decorate the house until Christmas Eve and then keep everything up until February 2.

This is very different from Christmas celebrations today!

Read more:
10 Things You Might Not Have Known About the Feast of the Epiphany