Cardinal Tagle on divorce bill: Think of the children! 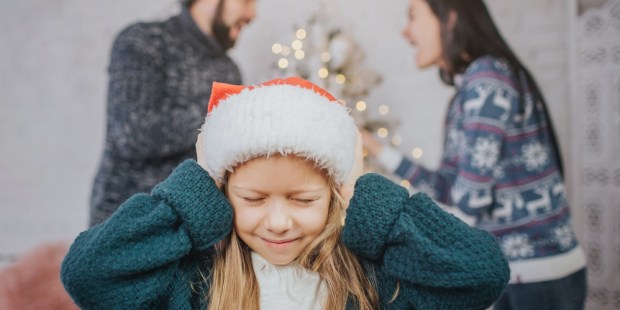 Says that conflict resolution should be part of family life, because a “smooth and seamless” marriage is an illusion.

As the Philippines sees a new push to legalize divorce, Manila’s archbishop, Cardinal Luis Antonio Tagle, urged parents to think of the impact of divorce on children.

“My appeal to the couples is, think not just of yourselves but also of the children,” Tagle said over Manila archdiocese-run Radio Veritas, reported CBCP News today. “They (children) are just at the stage of discovering life. Consider also their sufferings and their capacity to absorb the burdens.”

The cardinal noted the tendency today to easily consider separation when the first minor problems in family life begin to crop up. But according to him, conflict is bound to happen because it’s an inevitable part of married life.

“A perfect, smooth and seamless situation is an illusion,” he said. He said conflict resolution should be part of family life and a part of life in any organization.

Archbishop Gilbert Garcera, chairman of the bishops’ Commission on Family and Life, noted that the Constitution of the Philippines recognizes the sanctity and dignity of marriage.

“In fact, our Constitution was once touted as the first pro-family constitution in the world,” he said. “Let not Congress lay waste to these victories with a divorce bill.”

Read more:
A divorce lawyer saved a marriage with these 4 questions

Pope Francis has made similar exhortations on various occasions.

For example, at the general audience of April 2, 2014, he made these remarks:

It is true that there are so many difficulties in married life, so many, when there is insufficient work or money, when the children have problems. So much to contend with. And many times the husband and wife become a little fractious and argue between themselves. They argue, this is how it is, there is always arguing in marriage, sometimes the plates even fly. Yet we must not become saddened by this, this is the human condition. The secret is that love is stronger than the moment when there is arguing, and therefore I always advise spouses: do not let a day when you have argued end without making peace. Always! And to make peace it isn’t necessary to call the United Nations to come to the house and make peace. A little gesture is sufficient, a caress, and then let it be! Until tomorrow! And tomorrow begin again. And this is life, carrying on, carrying on with courage and the desire to live together. And this is truly great, it is beautiful! Married life is such a beautiful thing and we must treasure it always, treasure the children.

Read more:
How to become an effective “co-parenting couple” after divorce