On Vatican hackathon: “The Church has always embraced innovation” 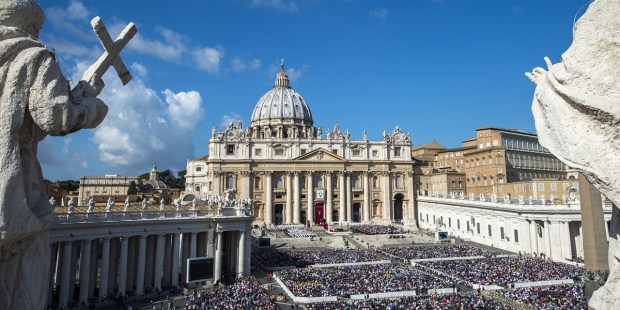 Dominicans in California were behind the idea of bringing computer enthusiasts to Rome to put their innovative talents to work solving social problems.

More than 100 computer enthusiasts will be present at the Vatican from March 8 to 11, to participate in the “VHacks” hackathon. The competitive event is designed to set innovators to work in thinking of ways to solve social problems.

The event is organized by the Secretariat for Communication of the Holy See, and the OPTIC Foundation, chaired by Father Eric Salobir. When interviewed by I.MEDIA, the Dominican priest said that this event is in keeping with the tradition of the Church of taking a close interest in innovation.

How did the idea of VHacks come about?

The first Church-dedicated hackathon was in San Francisco (USA) in 2014. The Dominicans have a parish there, where many of the young people in the parish community work in companies like Pixar, Google, Salesforce and Twitter. Hackathons are regular events for them. This is how they got the idea of organizing one exclusively for the benefit of the Church, in order to develop and support it.

A year ago, we met with people in the Holy See who were very open to this initiative. Then, students from Harvard University came, and suggested we do a hackathon at the Vatican itself. We have been preparing this big event for a year now.

Does this hackathon represent an opportunity for the Church to take the lead in terms of innovation?

The Church has always embraced innovation. When it became interested in radio and in television, in both cases, it was right at the origin of the technology. When the first Mass was broadcast on television in France in 1948, there were still very few television sets in the country. Vatican Radio was also founded at the beginning of the existence of radio.

Read more:
The pope of television: The Vatican had a TV service even before Italy did, thanks to this man

I think that the Church has always been able to take advantage of innovation for its mission. Through the hackathon, we are taking part in this tradition. It may seem far removed from pastoral action in parishes, but I think that, in its time, the same could have been said of television. We do not realize how much the idea of broadcasting a Mass live on television meant upsetting the order of things.

Read more:
Pope Francis: Einstein and Aquinas had it right on faith and science

Read more:
@Pontifex turns 5: “I remember being with Pope Benedict: He was a little clumsy pushing the buttons”

How does the Vatican intend to proceed in this area? Would it consider producing apps in the future?

The idea is not so much that the Vatican produce applications, but rather that it start a movement. The Holy See can emphasize needs, expectations and difficulties. The young people participating in VHacks will then be able to make proposals and produce useful applications for the mission of the Church. Today, no one has a problem with using an application. People are not asking that question anymore; rather, now they are asking how these tools can be most useful for the church, for NGOs, and for society as a whole.