Think you can’t get even more fit after 50? Think again 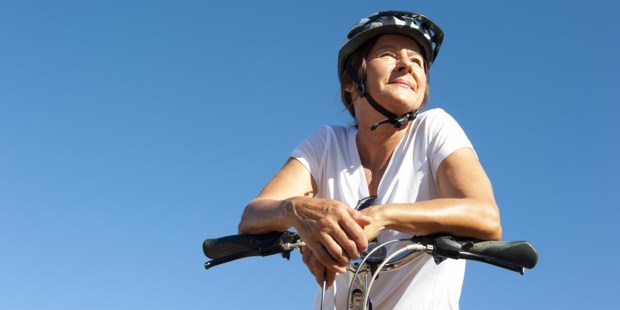 A 105-year-old’s remarkable fitness breakthroughs have upended general wisdom about being fit at older ages.

Pop quiz: Is it possible for an athlete to get significantly more fit after 50?

I’m not asking if it’s possible for a regular, potentially sedentary person to get fitter after 50 — obviously that’s possible. It happens every day. But I mean do you think it’s possible for someone who’s in great shape … a cyclist, maybe … to improve their fitness and performance level after they’ve hit the big 5-0?

If you think the answer is no, you’re not alone. For years, most doctors and exercise researchers have believed that it’s extremely difficult (if not impossible) to significantly increase aerobic capacity after middle age. But Robert Marchand, a 105-year-old French cyclist, and Veronique Billat, a professor of exercise science, are proving that theory wrong with incredible results from a two-year intensive training program. Dr. Billat detailed her “fitter after 50” training program for the New York Times:

Under this program, about 80 percent of his weekly workouts were performed at an easy intensity, the equivalent of a 12 or less on a scale of 1 to 20, with 20 being almost unbearably strenuous according to Mr. Marchand’s judgment. He did not use a heart rate monitor.

The other 20 percent of his workouts were performed at a difficult intensity of 15 or above on the same scale. For these, he was instructed to increase his pedaling frequency to between 70 and 90 revolutions per minute, compared to about 60 r.p.m. during the easy rides. (A cycling computer supplied this information.) The rides rarely lasted more than an hour.

Marchand’s VO2 max (the best indicator of aerobic fitness) increased by 13 percent, and at the end of the program was comparable to that of an average, healthy 50-year-old. He also increased his pedaling power by 40 percent and, unsurprisingly, beat his own world record from two years before.

This is the first hard scientific proof that even healthy, fit adults who have passed middle age can train to improve their performance. We no longer have to let age get the best of us … we can stay fit and get even more fit. But the key is being willing to face the discomfort of a workout that is extremely — even “almost unbearably” — strenuous.

It can be harder and harder to put that kind of effort into exercise as we age, since our bodies don’t feel as resilient as they once did. But it’s precisely that kind of effort that increases your fitness level well into your later years. So as long as you have your doctor’s approval,  don’t neglect intense exercise after 50 — it could make the difference between being healthy and being hearty!

Read more:
Changing up this one thing in your workout routine will make exercise seem easier