Most religious orders can trace their spiritual lineage to Egypt 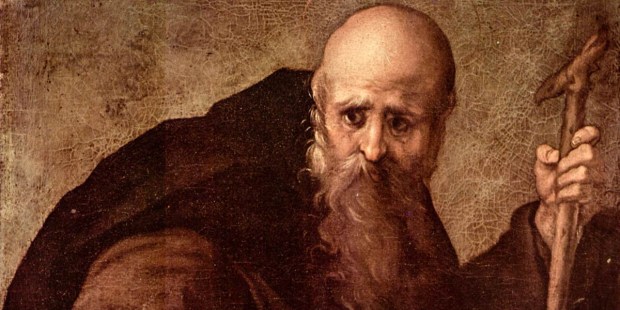 The deserts of Egypt fostered two foundational types of monasticism.

Religious orders today descend from a long line of holy men and women who left the world to dedicate their lives to Jesus Christ and his Church. While all orders have their historical founder (or foundress), many of them are also connected in some way to the spiritual founders of monasticism in the deserts of Egypt.

St. Anthony the Abbot is generally regarded as the “Father of Monasticism” or “Father of All  Monks,” and freely left the world to become a hermit in the desert. A community of followers gathered around him and created their own dwellings in close proximity, adopting a similar life of prayer and solitude.

After his death, an early follower of St. Anthony named Macarius, who lived from about 300-391, went into the desert to dedicate his life in prayer. As with St. Anthony, many were attracted to his example of holiness and saw him as their leader. Macarius then assembled his followers into an “eremitical” or “semi-hermit” type of monastic living. According to the Catholic Encyclopedia, “The monks were not bound by any fixed rule; their cells were close together, and they met for divine worship only on Saturdays or Sundays. The principle that held them together was one of mutual helpfulness, and the authority of the elders was recognized not as that of monastic superiors in the strict sense of the word but rather as that of guides and models of perfection.”

Another monk of the Egyptian desert, St. Pachomius, was directed through a vision to build a monastery. Initially his monastery resembled that of St. Macarius, but over time he developed a new rule that more closely governed the monks who came to him. He created a system that had a superior general over the monastery and a regular system of work and prayer. However, the monks under his rule were still able to eat on their own and fast as they saw fit. The superior did not have the power to maintain a common set of disciplines applicable to everyone.

It was St. Basil the Great who would take up the work begun by St. Pachomius and further refine it with a specific rule of life. He lived from 329-379 and was from the Pontus region on the shores of the Black Sea (modern-day Turkey). Basil visited the monasteries of Egypt and was inspired by them, founding his own monastery in Cappadocia. It was Basil who instituted common meals and a true community where everything was done in common.

These two types of monasticism flourished in the Egyptian desert and quickly began to spread. It was up to future generations to build upon these foundations and establish religious life as we know it today.

Read more:
These Christian monasteries are the oldest in the world